In early March, I spent a week in Rwanda building a profile of how young people in rural areas use media and technology and interact with rural financial institutions (RFIs). With the help of the Rural Youth Agribusiness Forum (RYAF), we interviewed 116 young people (aged 17 to 34) in a ring of towns and villages outside the capital, Kigali.

A Digital Insights interview in a rural area outside Kigali.

In many ways, this process mirrored our Digital Insights work in Bangladesh and Palestine, but with some significant additions on the methodology. First, we asked them some key questions about entrepreneurship. Second, building on Kristen Roggemann’s recent work with rural trade associations in Afghanistan, we profiled RFIs to get a sense of how they promote their services.

What we found out about how young, rural Rwandans communicate, how they use technology, and how they interact with RFIs has had a big impact on our perceptions of this demographic and how we would plan to reach them in the context of a program. What do I mean? First, the numbers:

So, what did we find?

1. There are a lot of mobile phones, but not an overwhelming number of smartphones

Mobile phones play an outsized role in rural Rwandans everyday lives. When we asked how people heard about news, social events, training opportunities, and jobs, phone calls were consistently one of the top four responses. They use mobiles throughout the day, but dedicate significant prime free time, between 5-9 p.m., to using them.

It was easy to figure out who was using smartphone and simple phones, but getting a read on feature phone adoption is more difficult, as most people don’t distinguish them from simple phones. We got around this by asking anyone who said they had a simple phone if they used it to access Facebook; those who said yes we identified as feature phone users.

Since many people do not have electricity in their homes, they pay to charge their phones in public spaces. 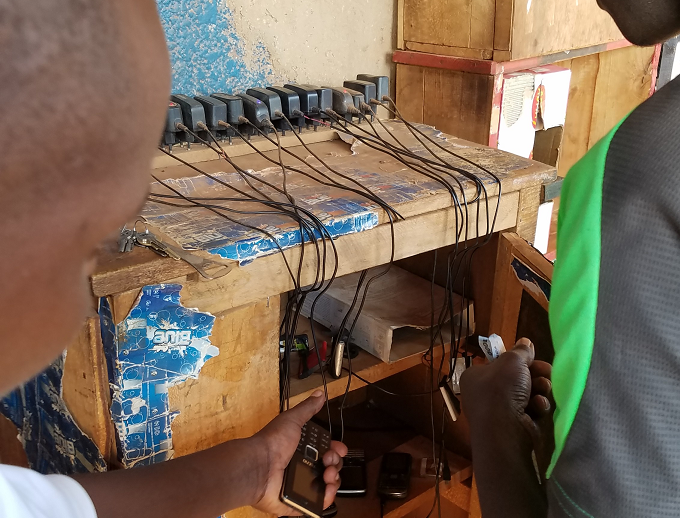 All three of the most popular mobile carriers—MTN, Airtel, and TIGO—have mobile money systems that are exceptionally widely adopted and relatively easy to use. Rural savings and loan associations (SACCOs) and banks also offer this service. The people we interviewed use mobile money apps to send and receive money to and from friends and family, but also business clients and partners.

We asked people how they spent mobile money, and while the first choice-—airtime-—was no surprise, but the second most common answer was: grid electricity. Rwandan mobile operators offer the ability to make utility payments and school fees, and many of the people we interviewed mentioned that they paid their electricity, water, school, and TV service payments via mobile money.

3. Young people don’t have a strong understanding of how to access finance and start a business 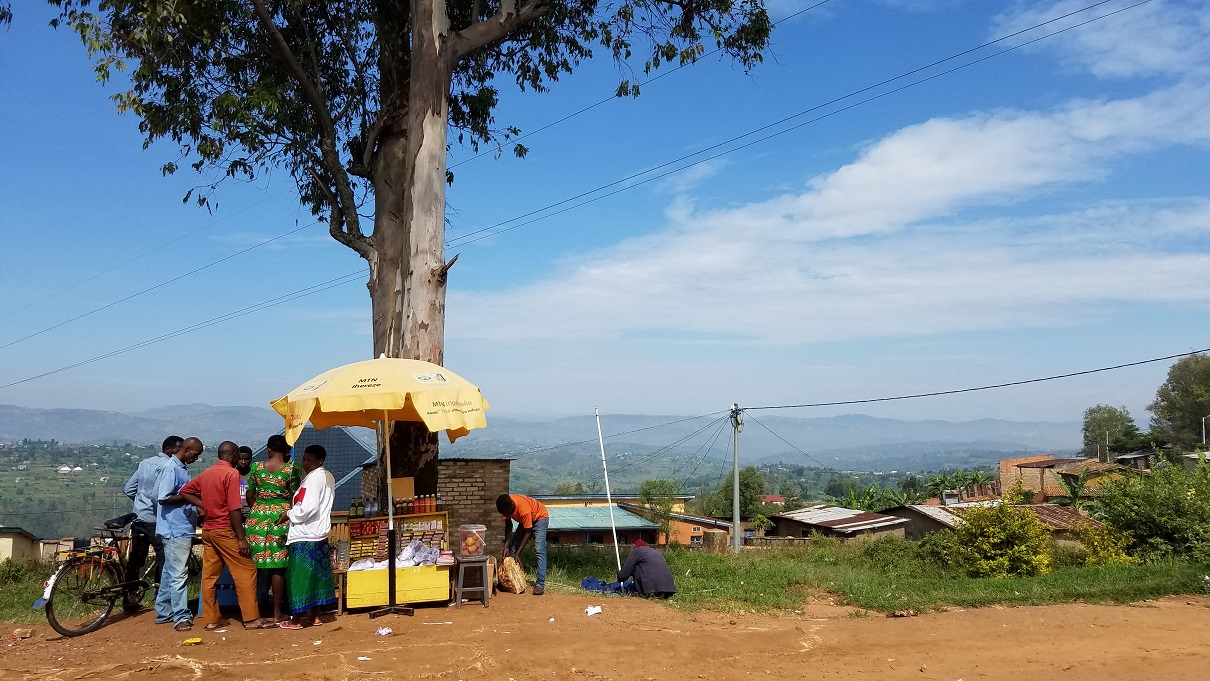 A young Rwandan sells mobile credit on the outskirts out Kigali.

We asked business owners how they raise capital to start their businesses, and we asked everyone else how they would get the money to start a business, and difference in the answers was surprising: non-business owners expected that they would access funding from their own savings and their families in addition to RFIs such as savings groups, banks, and SACCOs, but when we asked the business owners how they had actually accessed finance, the vast majority said that they had worked to save or received money from their families. Very few mentioned RFIs. Either there is an unrealistic expectation among non-business owners that RFIs are an easy source of funding, or things have changed significantly since these business owners started their work. I would lean toward the former, due to a general lack of awareness about RFIs, what they do, and how they operate among those we interviewed.

Do you have any insights on how young people in rural areas are using technology? If so, share them on Facebook.

Also, if you like what you read and want [email protected] in your inbox once a week, sign up here