It’s late January in Dhaka, Bangladesh, which means I’ve managed to avoid the usual heat and humidity, but the bustle and throng are just what I’d expect of one of South Asia’s largest cities. Even though I grew up in India, I’ve never had the chance to travel to its sister republic to the east. And yet, all at once, everything seems familiar—the cars, the noise, the smells. My guide through the city is Ontiq Dey, an eager young graduate student of economics and a seasoned data collector. He and four of his classmates are DAI’s street team for our first-ever Digital Insights study in South Asia. 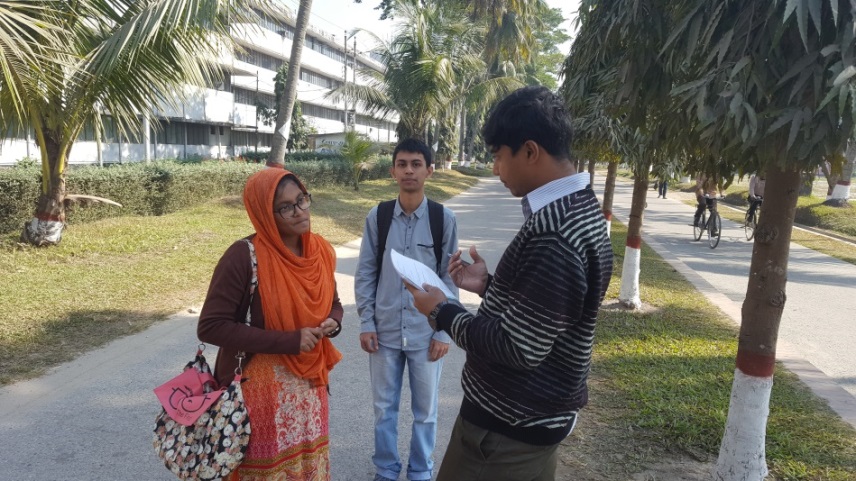 Digital Insights is in-person, ethnographic research designed to draw out meaningful insights into the media consumption habits and lives of communities around the world. As with our Indonesian Digital Insights study, we are focusing in this Bangladesh research on urban youth: How do they connect? What sources of information do they trust? What are their favorite apps?

To answer these questions, we talked to 123 people in two urban centers, Dhaka, and Mymensingh, a smaller town about a four-hour drive north of the capital. We were lucky to get a fairly even male-to-female ratio of respondents. All of our respondents were between 18 and 38, with an average age of 25 (which, incidentally, isn’t far off Bangladesh’s median age of 26.9). Given our urban focus, our sample skewed heavily toward students, working professionals, and other educated people.

So, what did we learn? 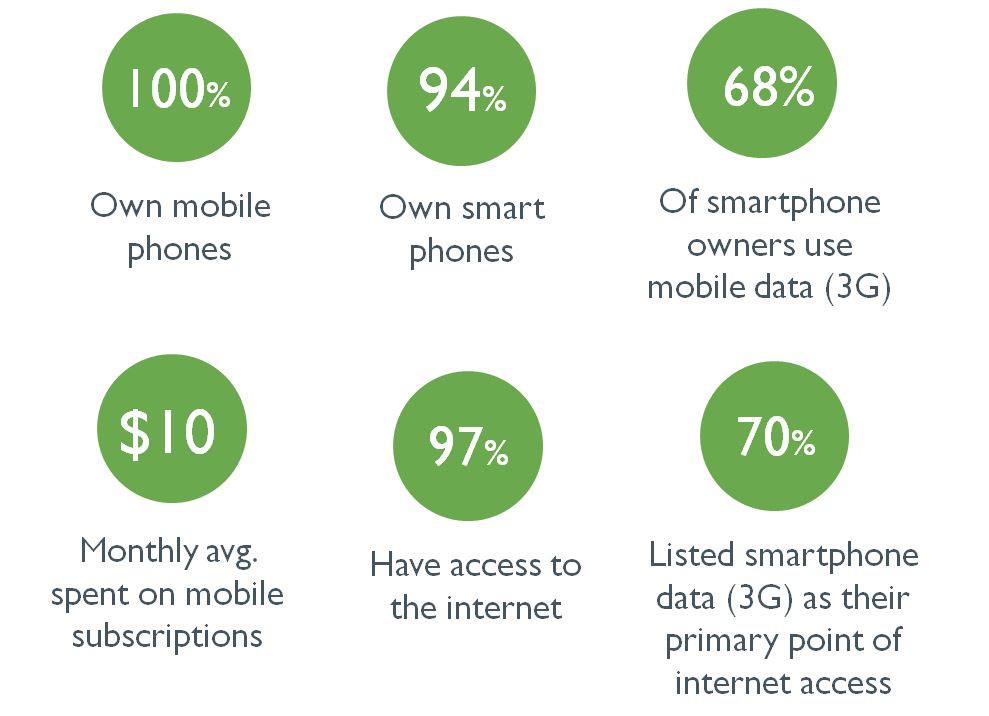 As these statistics show, our sample revealed high levels of digital access among young Bangladeshis. Interestingly, these statistics remained consistent across genders and across different education and employment groups. As with other markets we’ve studied, the 3G data/smartphone boom is largely responsible for this level of digital penetration. 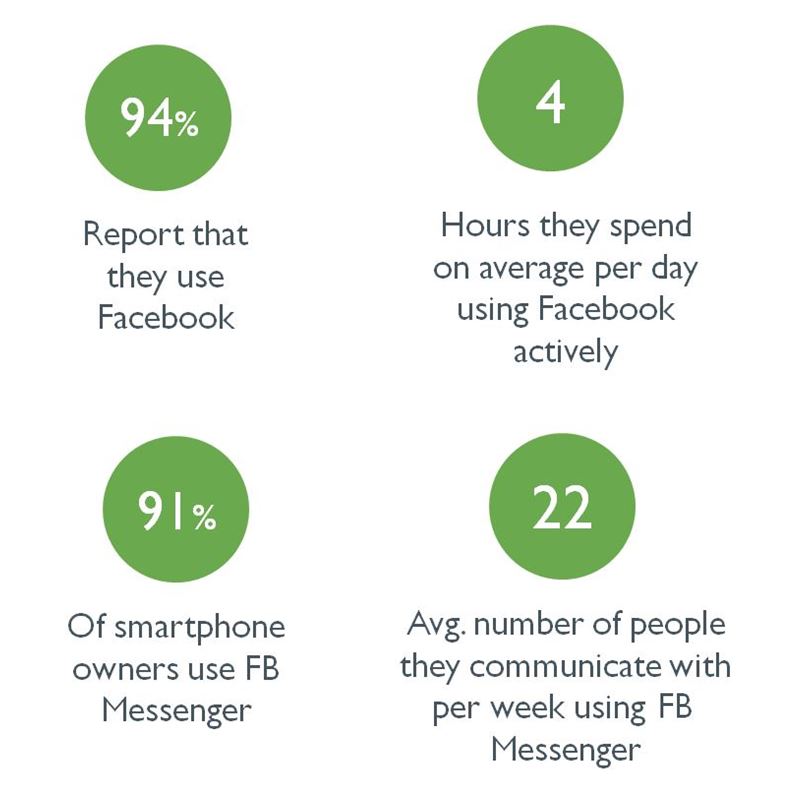 Not only are Facebook and Messenger incredibly popular, but they easily outdo their competition in Bangladesh. For example, in contrast to Messenger, only 61 percent of smartphone users report using WhatsApp, and they only communicate with an average of nine people on that platform per week. Only 42 percent report using Viber, and 32 percent use imo.

One of our respondents spoke about the speed with which information about local events spreads on Facebook: “We are very active on Facebook these days. Our neighborhood information is known faster from Facebook than from local elites or neighbors.”

We asked respondents what they do on Facebook. As expected, most of their Facebook activity centers on personal updates and sharing news (each of which got more than 100 mentions), but, curiously, only 20 people mentioned that they engage in debates on Facebook. I don’t know about you, but given the way my feed has looked over the past year or so, I’m ready to follow the Bangladeshis’ lead on this one.

[A side note for browser geeks: a number of respondents mentioned that they really like UC Browser, which I found odd, but interesting. Upon further questioning, I realized that UC Browser’s popularity received a bump a couple of years ago when young Bangladeshis discovered that it allowed them to bypass a brief government ban on Facebook.]

While it is clear that Facebook dominates the digital market, digital tools have not replaced phone calls as the main means of communication. When we asked our respondents how they keep in touch with friends, almost 2:1 preferred phone calls over messaging apps. When talking to family, that ratio went up to 4:1. 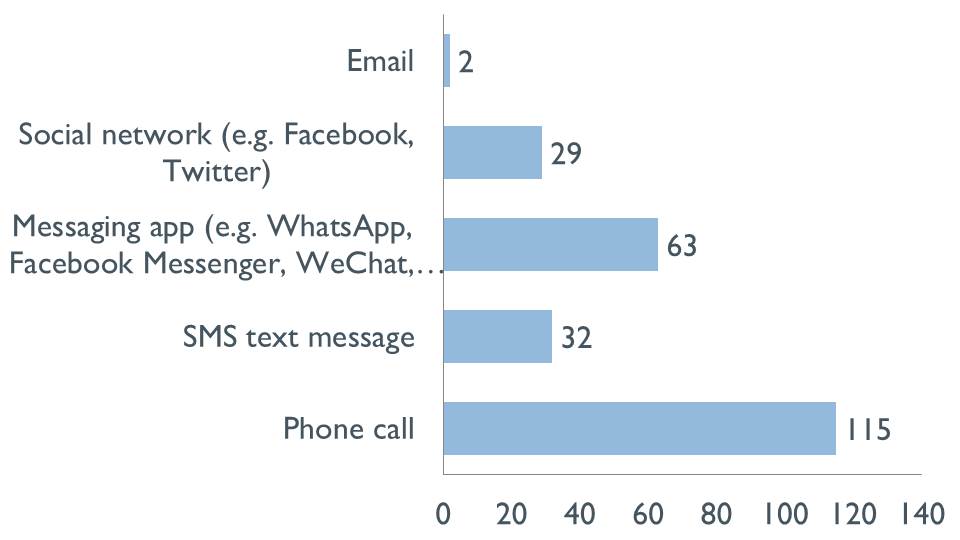 How do you keep in touch with your friends? 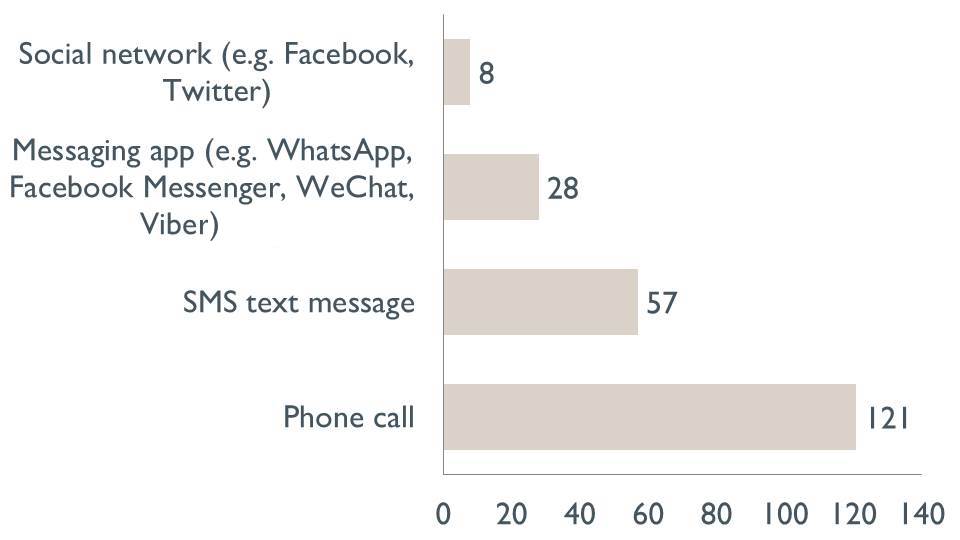 How do you keep in touch with your family?

When asked about their primary sources of international news, respondents overwhelmingly cited social networks as their main source of information. However, when we asked them an open-ended question about the source they trusted the most, they mentioned BBC (33 mentions) and CNN (19 mentions). In domestic news, the balance shifted slightly away from social networks in favor of print and TV media. 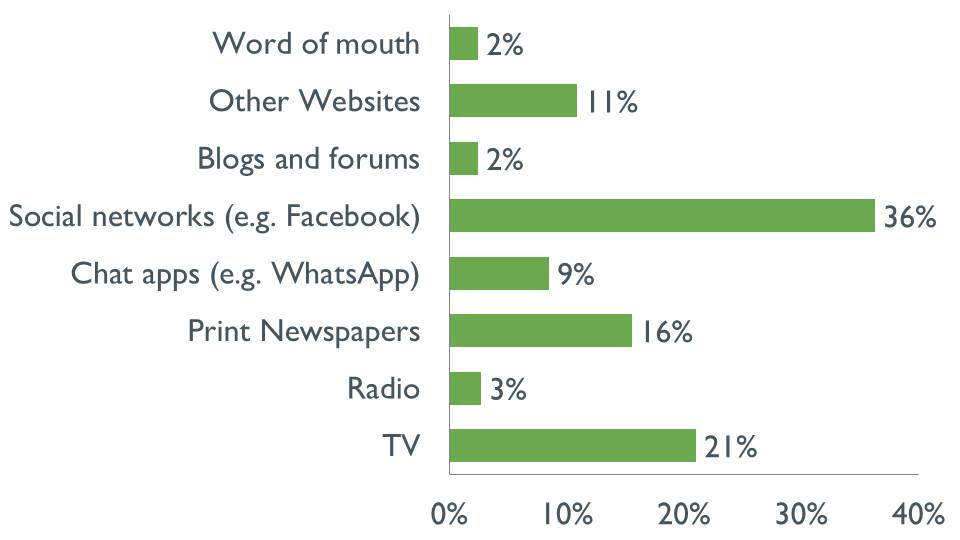 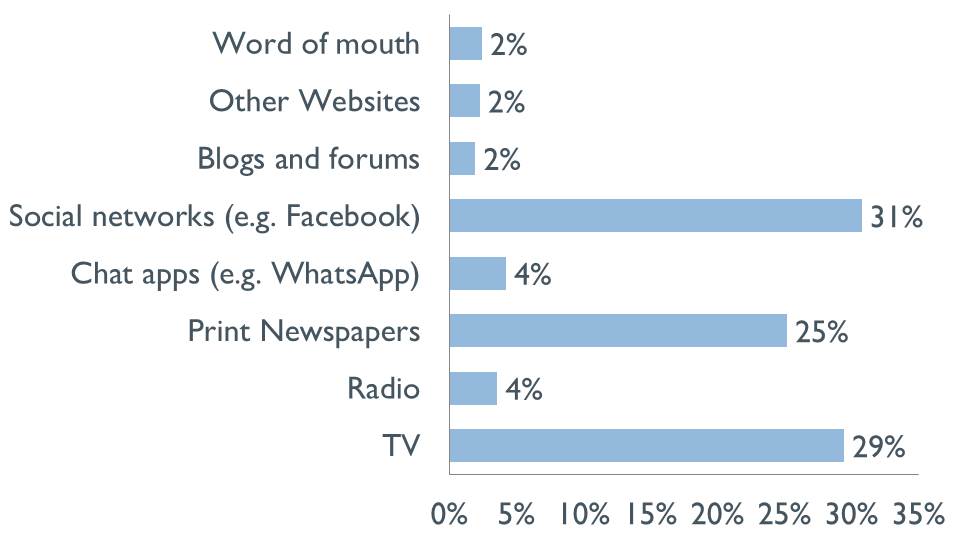 In sum, Bangladesh’s digital usage, like much of South Asia’s, is a great mix of old and new. There’s room for new tools, but the old way of doing things, whether phoning a friend or sitting down with the newspaper, still has a strong foothold, even among millennials. Young Bangladeshis appear to have fully embraced the brave new digital world, but they haven’t let it get the better of them. Not yet, anyway.