This past February I was back in Guatemala, working with the fine people of Chiantla to improve and iterate Somos Chiantla. I was also in two new municipalities—Sacapulas and San Rafael Pie de la Cuesta—helping them create their own, personalized, forked versions of the app. 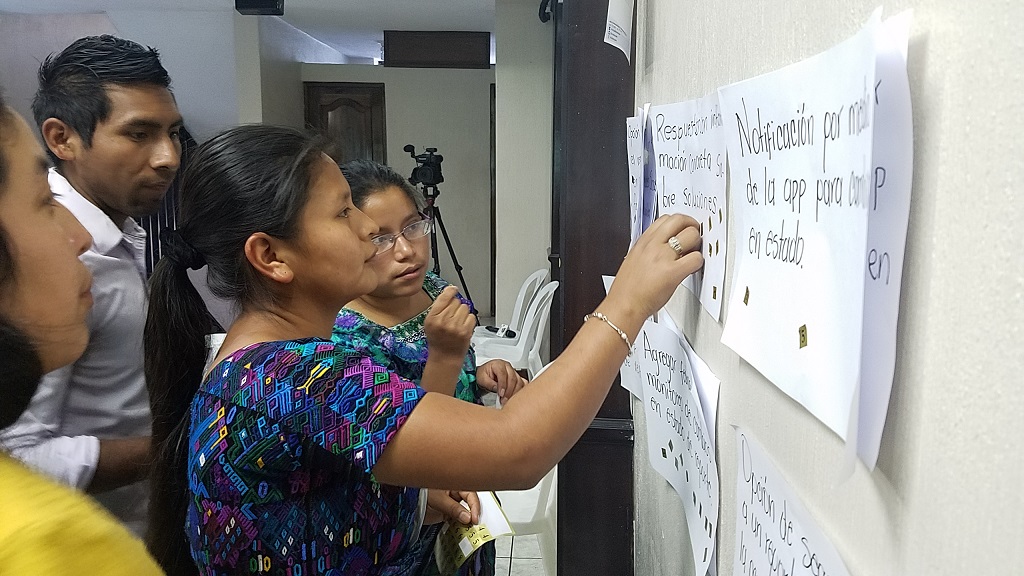 Somos Chiantla (“We are Chiantla”) is a mobile app for budget transparency and citizen participation that DAI’s digital team developed with the USAID Nexos Locales project and the community of Chiantla. Guatemala over the last two years. For more on how we used a lean human-centered design approach to align the tool’s form and function to local citizens’ technology habits and expectations of their local municipality see We’re Putting Citizens at the Center of the Design Process in Guatemala. For details on the tool’s capabilities at launch, see Results of HCD: Governance App Launches in Guatemala. We also published Lean HCD: Human-Centered Design in the Highlands of Guatemala, a white paper on the technical, political, and logistical challenges we faced in designing and developing *Somos Chiantla, including a deeper dive into our localized approach to human-centered design, “Lean HCD.” Lastly, you can download Somos Chiantla on Google Play.

In thinking through how to design and structure our process for simultaneous improvement and expansion of this tool, we confronted some difficult questions:

A local nonprofit called ADESJU conducted the evaluation between September and December 2017. After a series of planning meetings (pictured below), ADESJU carried out 500 interviews in 35 communities throughout the municipality (urban, rural, and really rural, see photo below); nine focus groups with local journalists, the church, women’s groups, youth, and others; direct user testing with about 50 people; and an evaluation of usage data collected from the app’s Firebase back-end. 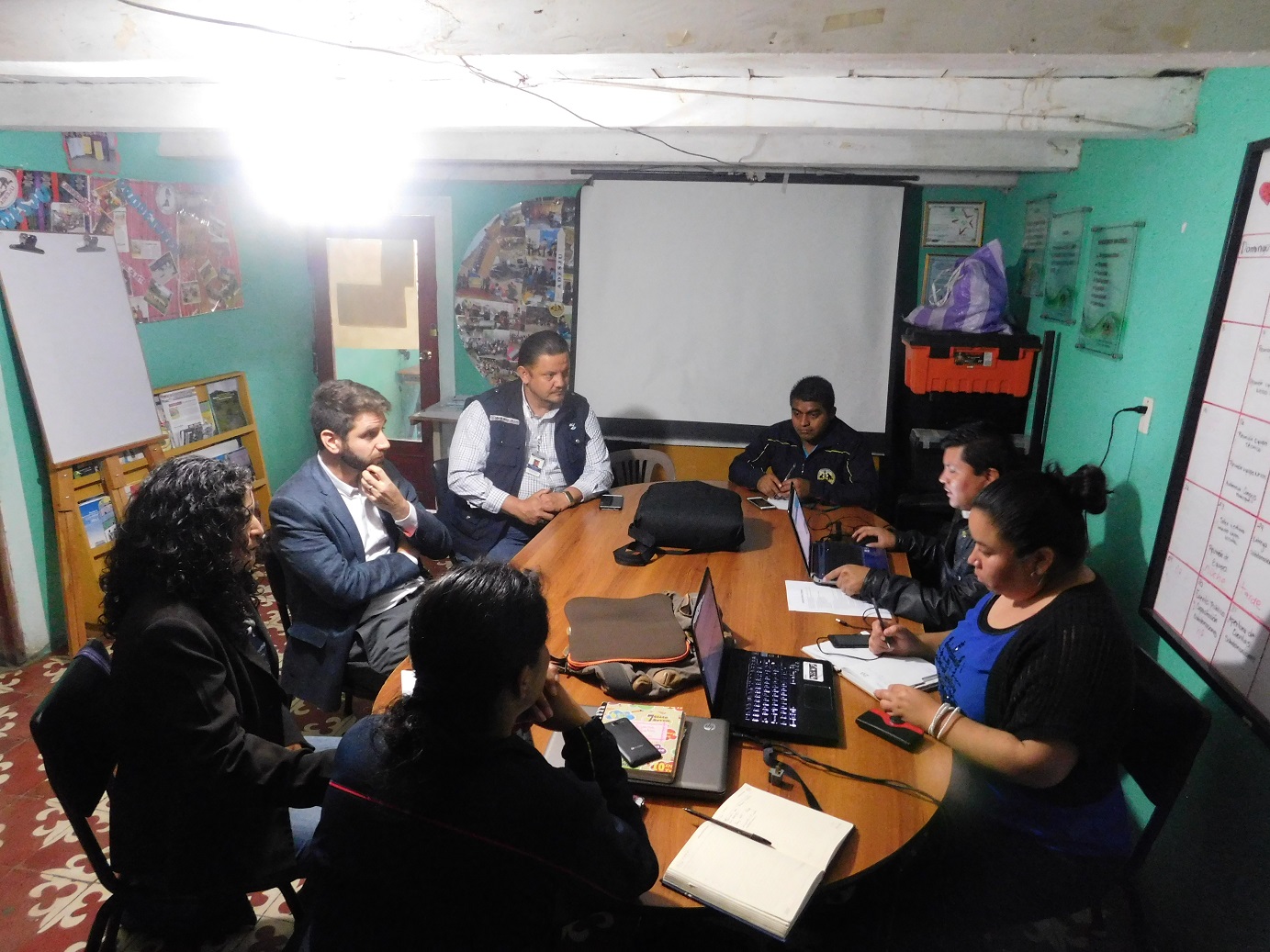 Through the evaluation process we found a number of key areas for improvement. For example, outside of the city center, few citizens of Chiantla were aware of the tool, much less had downloaded it (as we knew, few citizens outside the city center had smartphones). Also, among those who had used the app, there were broad questions about the veracity of the tool’s budget data, which elevated the importance of educating users about the source and flow of the budget data. Finally, we found that people wanted more context on the app’s budget data visualization, especially how to find information about current infrastructure projects. 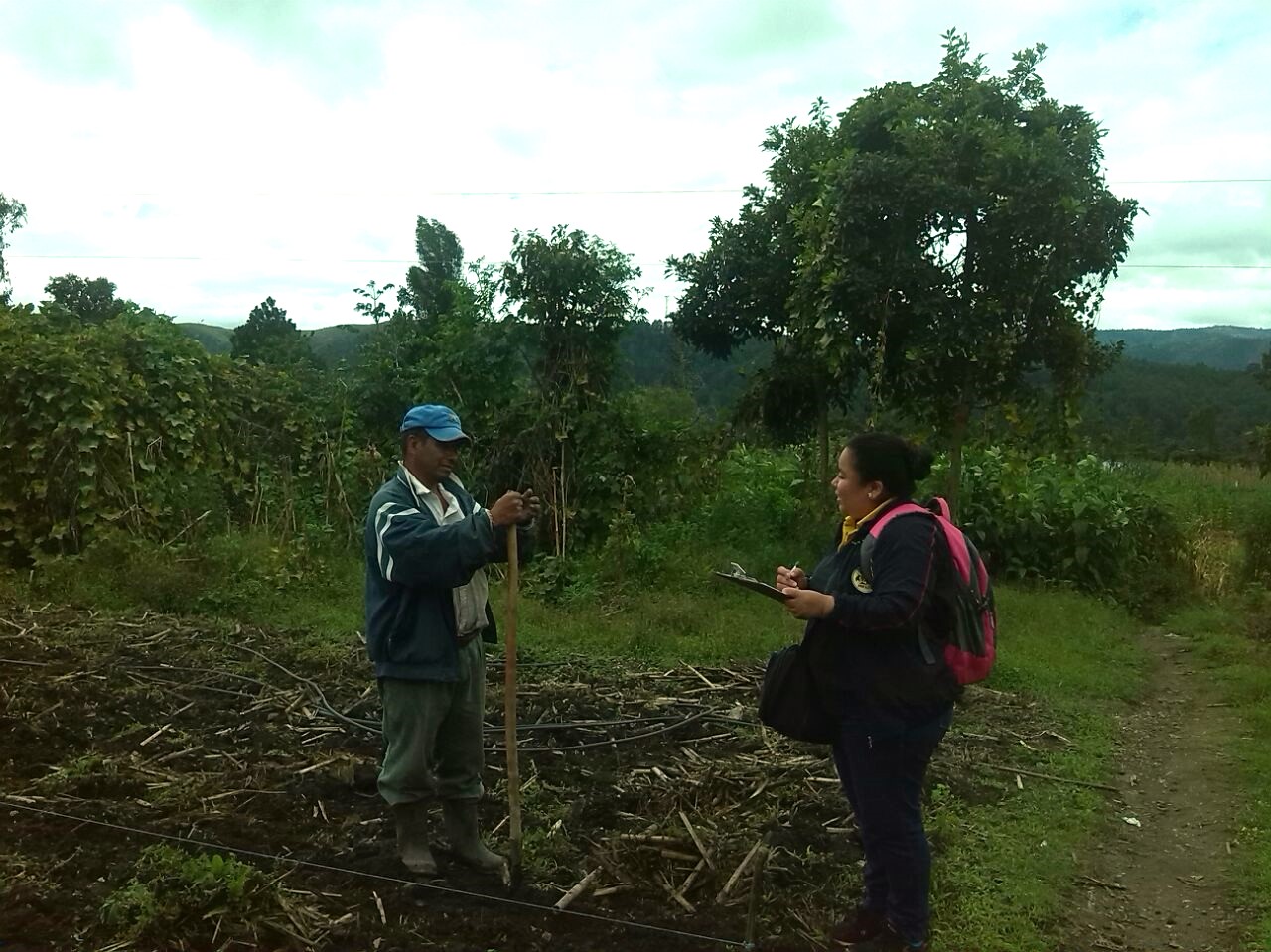 Our selection process for the two new municipalities began with 10 municipalities, selected by Nexos Locales’ project staff for their forward-thinking mayors, and above-average adoption of smartphones. We narrowed those 10 down to five municipalities, based on in-person visits by Julio Cancinos, a Guatmalan expert in citizen participation (see photo below). Those visits included a rapid Frontier Insights-like survey of community members, and a written expression of interest from the municipality. Those municipalities completed written applications, detailing how they would engage their community in the design process, promote their app locally, and their thoughts on why transparency and accountability are important. The two winning municipalities—Sacapulas and San Rafael Pie de la Cuesta—were chosen by a technical review panel consisting of project staff, similar to how projects choose the winning bid for subgrants and contracts. 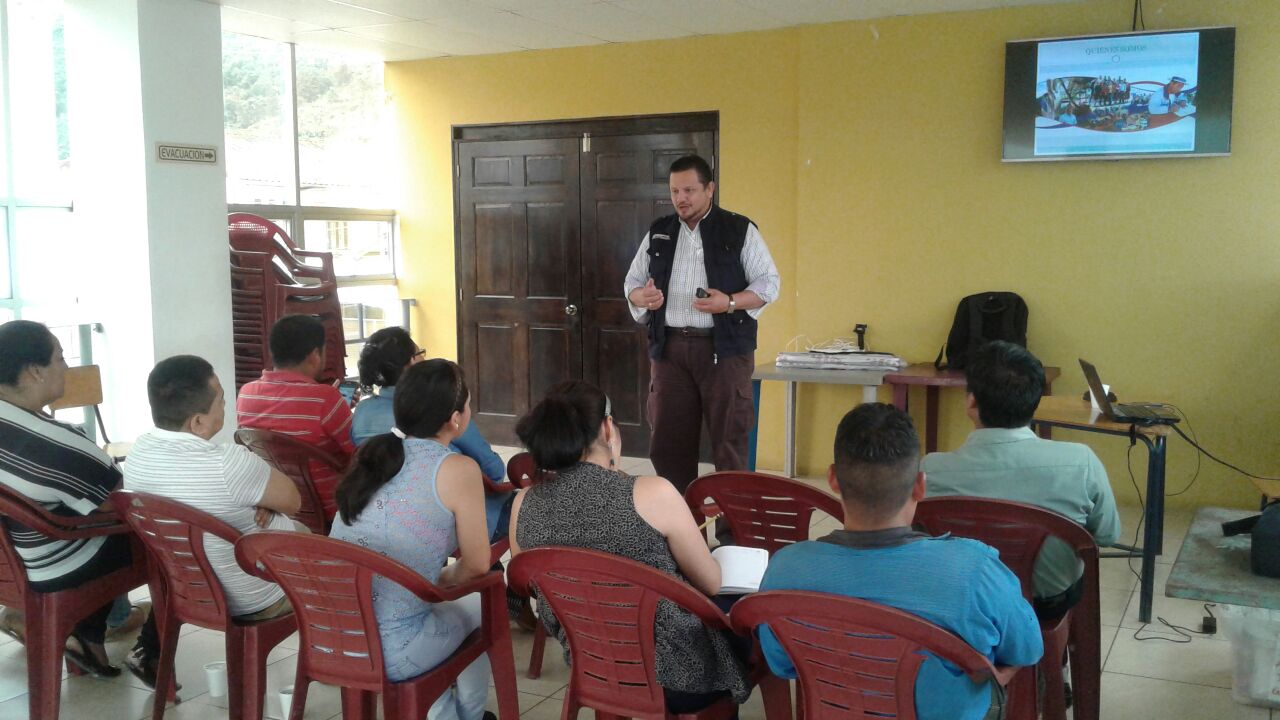 Expanding Somos Chiantla from one to three municipalities was more complex than simply copying the source code (which, by the way, is open), slapping a new name on it, and calling it Somos Sacapulas. Engaging a community in the design process is imperative to the success of the tool, not only to answer design questions related to platform and function, but to gather new ideas, stamp out bugs, generate local ownership, kickstart promotion, and gather requested content.

We decided that the best way to engage the two new communities would be to run design-thinking sessions with municipal workers, civil society, and youth in each community. The challenge was figuring out how to balance the desire to incorporate local input and creativity to generate a sense of ownership among participants against the realities of a tight project budget and timeline, and the fact that we were bringing a pre-made tool to the community instead of a blank slate, open design process.

Here’s What We Did 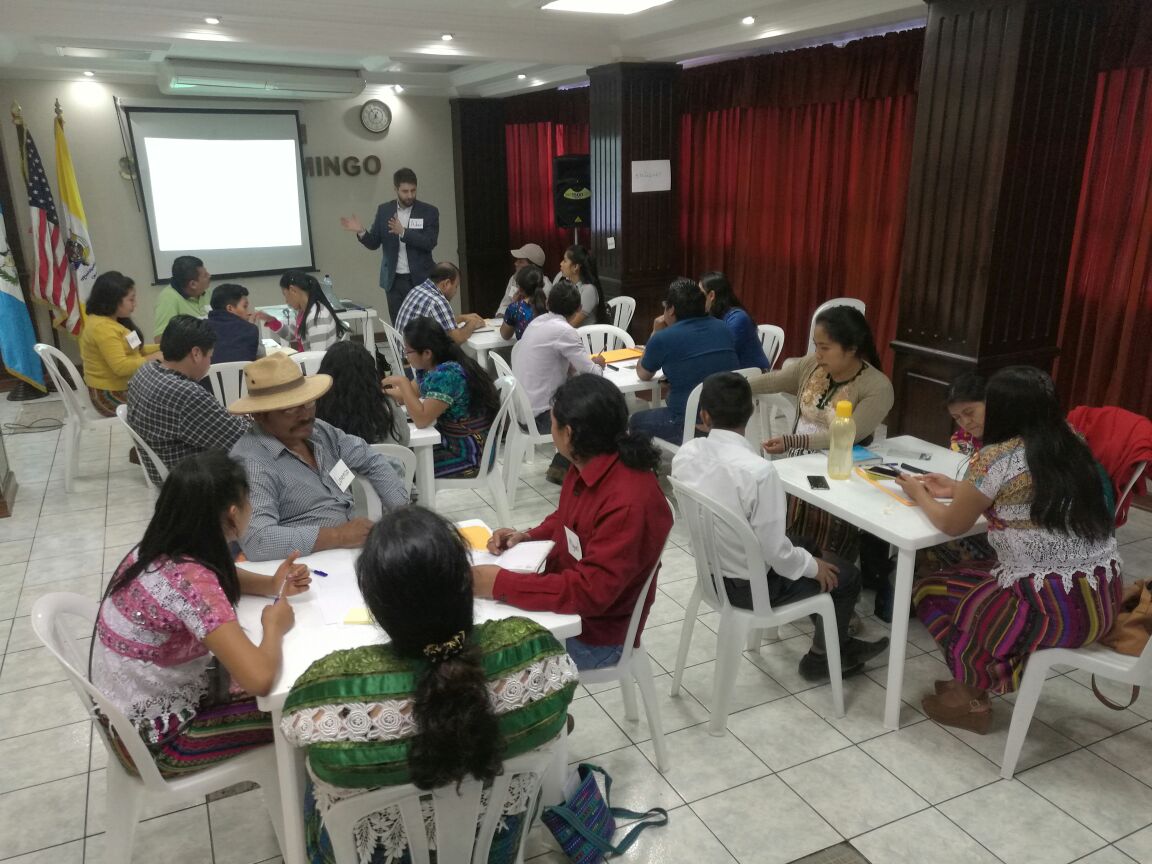 1. We had our participants form groups of four, mixing men and women, young people and adults, municipal staff and civil society. 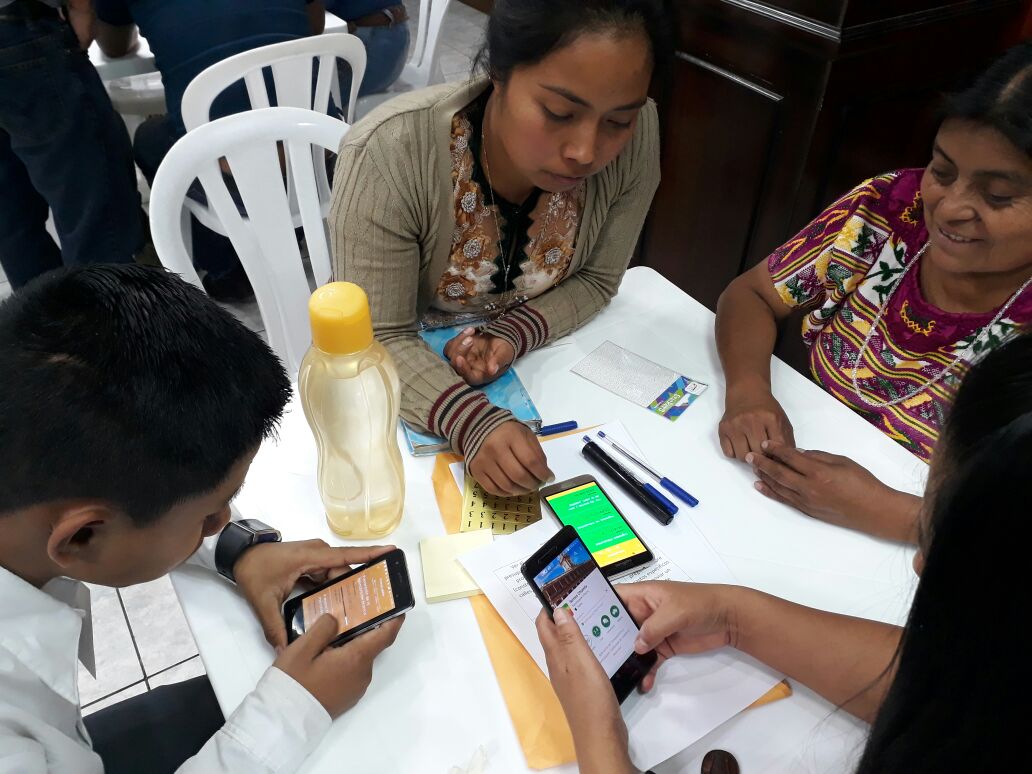 2. Starting with the budget module, we gave teams a series of tasks to complete that would require them to learn the tool’s basic functions and interface. 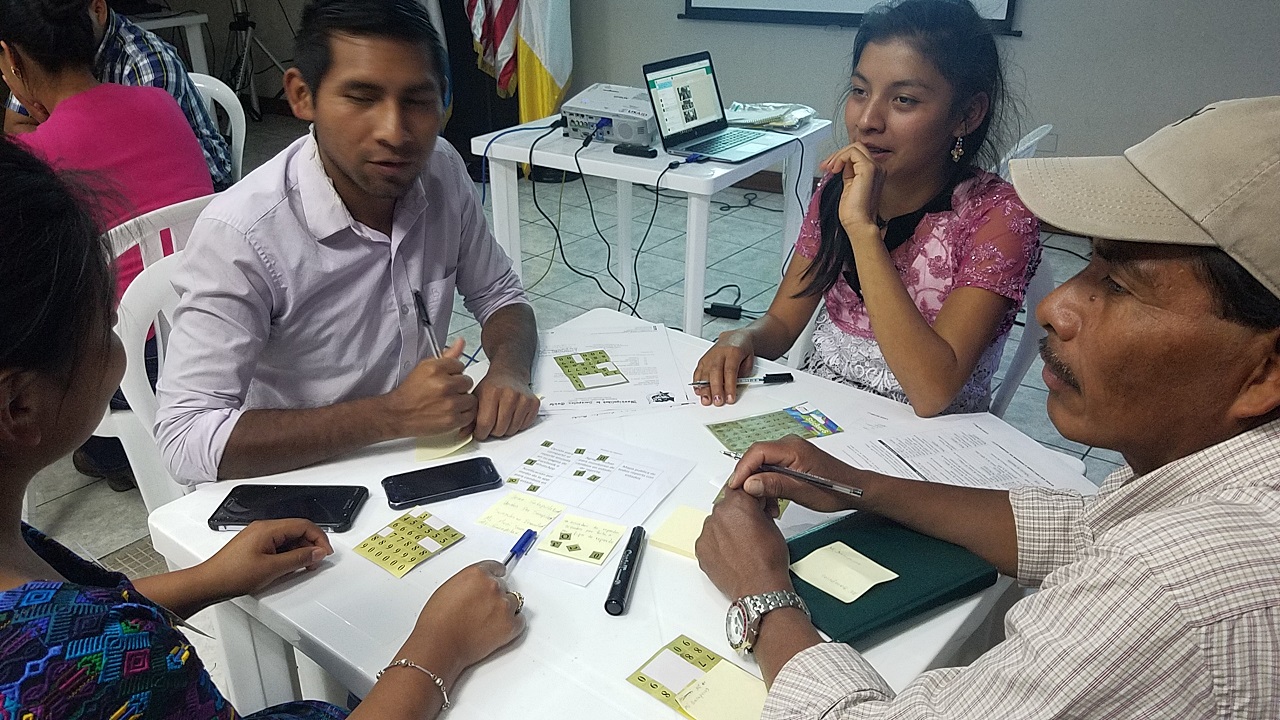 3. To help guide participants’ suggestions, we provided each team with a list of previously suggested ideas (the white sheet). To that list, each participant added their own ideas and suggestions for changes to the module (on the yellow sticky notes). Then, each group voted to prioritize the top three ideas in their group. 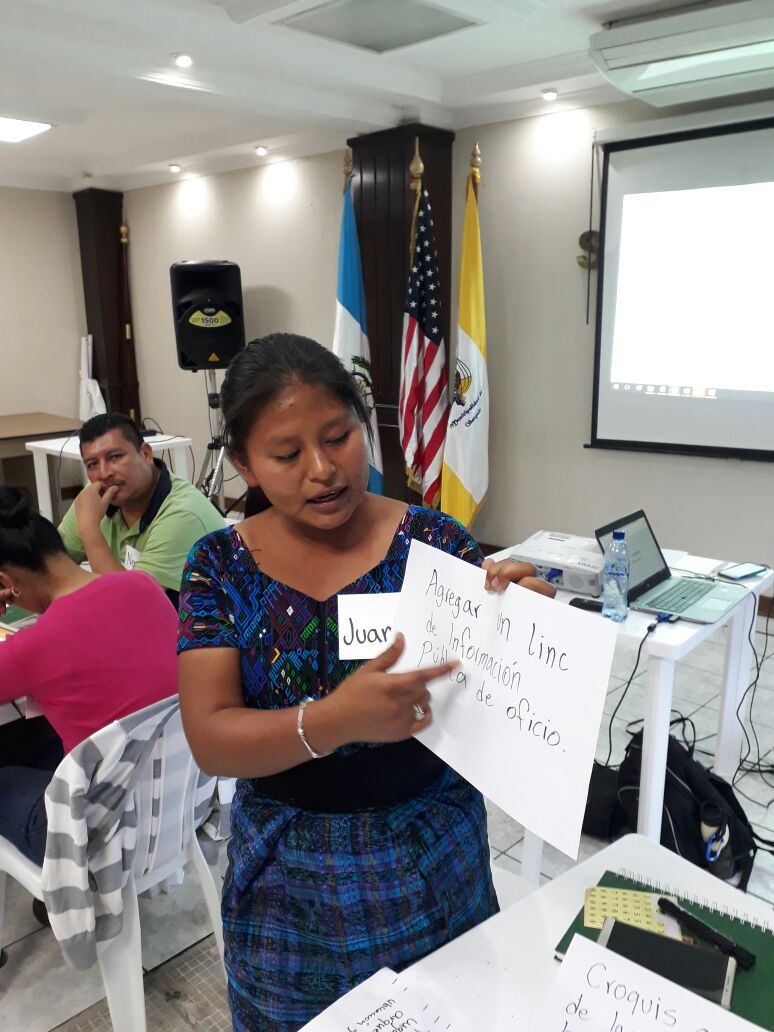 4. The group then wrote the top three ideas on large pieces of paper and presented them to the plenary group. Each group’s ideas were then taped to the wall. 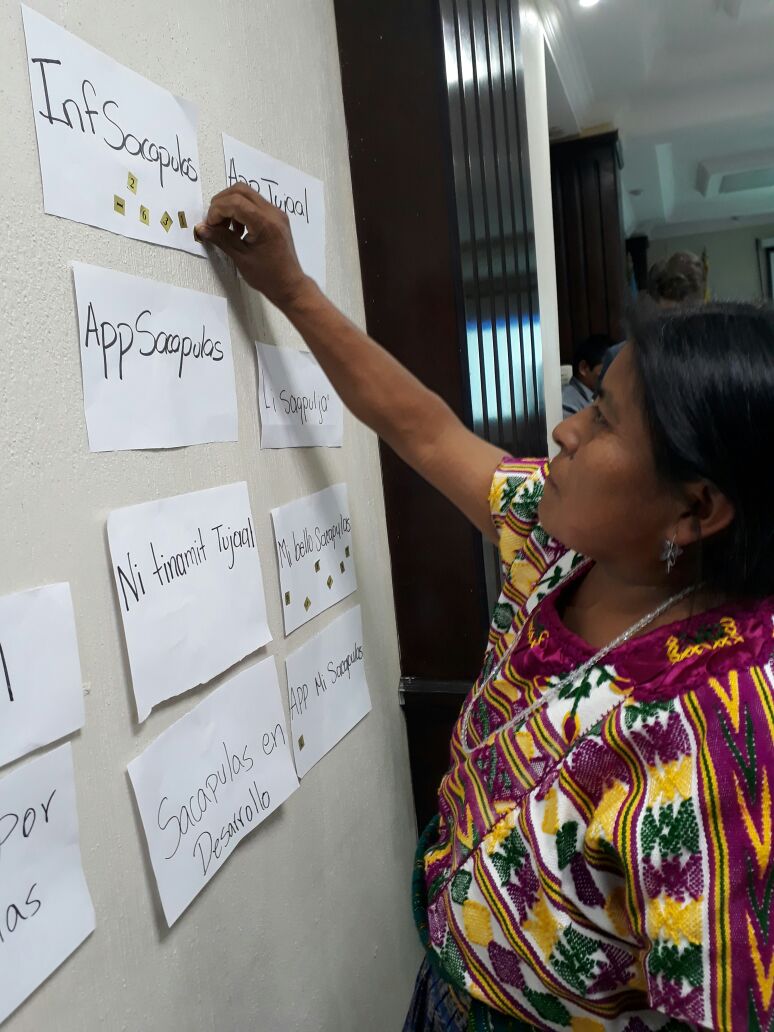 5. The entire group then voted for the ideas they liked most, allowing us to prioritize the most appealing changes and updates for each module.

After distilling the feedback from all three municipalities into a unified scope of work for our developer, we’re preparing to move forward building version 2. Once we’ve got Chiantla’s new version ready, we’ll fork that to the two new communities. We’ll also incorporate content that the participants themselves suggested and then gathered about local institutions, history, and culture.

We’d love to hear what do you think of our process as described? What did we do right? What would you have done differently? Why?