Makerspaces—akin to coworking spaces with tools such as 3D printers and computer numerical control (CNC) mills as well as more traditional woodworking and metalworking items—offer participants access to equipment traditionally the domain of specialists or well-funded firms. Along with the proliferation of independent makerspaces starting in the mid-2000s, national organizations emerged to promote the model and connect regional maker communities, as well as offer a commercial platform for vendors making innovative tools for that market.

For many of the innovators in this thriving community it was shocking when some of these national organizations began to close. In November 2017, the commercial makerspace chain Techshop announced it was closing its 10 U.S. locations and would be declaring bankruptcy. In June 2019, Maker Media, which hosted the popular Maker Faire events in the Bay Area and New York City and licensed smaller events around the world—as well as publishing Make Magazine and a series of how-to books on a diversity of topics—similarly closed. Even some prominent independent makerspaces, such as Baltimore’s for-profit Foundery, also closed in this period. San Francisco’s Noisebridge, one of the early pioneers of the community-driven nonprofit hackerspace movement, said it would not be able to pay rent on its longtime space in the Mission District, and as of this writing, its future remains uncertain.

Techshop’s San Francisco location in May 2015.

For the maker community, these closures present a worrying puzzle: Why did these keystones of a movement that in many ways seemed to be thriving fail, and what does it mean for the movement’s future?

At DAI, where we have been using makerspaces to help young people develop skills in El Salvador, to design creative approaches to water service delivery equipment in Indonesia, or as partners for innovation in other places, we are particularly interested in what led to the closure of these makerspaces to determine whether the factors at play might impact the contexts in which we work.

There is no single consensus as to why the setback occurred for makerspaces in the United States, but within the community there are a number of plausible theories:

What Does this Mean for Makerspaces in Low- and Middle-Income Countries?

It is likely that no single explanation is responsible for the downturn of makerspaces, but for the contexts in which DAI works, none of these explanations are very relevant. The for-profit model is not entirely unknown in low- and middle-income countries—the Indoestri industrial arts makerspace on the outskirts of Jakarta is one prominent example—but it is rare. Much more common are community spaces (such as Fablab Saigon) that are underwritten by a for-profit company (Fab Lab in New Cairo), a larger nonprofit (World Vision’s Nepal Innovation Lab or Field Ready’s new Erbil Makerspace), or even both (Nairobi’s Gearbox). Venture capital is a nonfactor. Real estate costs are of course dynamic and highly variable by location, but under far less pressure than in markets such as Brooklyn, the Bay Area, or Washington, D.C.

The use cases for makerspaces in lower-income countries are also somewhat different. As in high-income countries, one finds entrepreneurs and employees of established companies prototyping product ideas, students and others learning new skills, and artisans leveraging space and equipment they cannot yet afford to buy for their own business. However, the economics around small-scale production are very different in most lower- and middle-income countries, offering novel business models for small producers working from makerspaces that would not be economically viable in a high-income country. 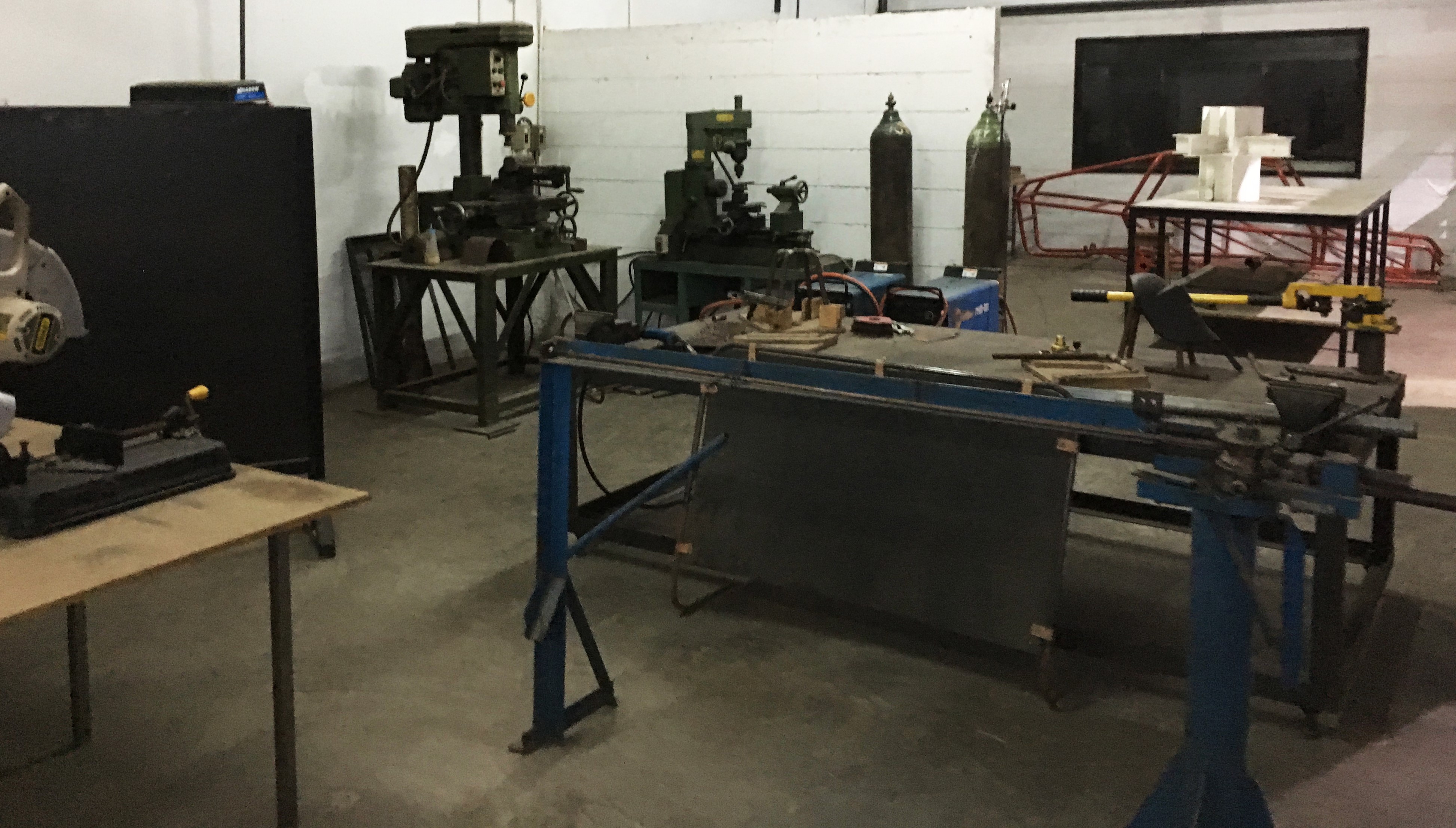 The metal shop at Indoestri in Cengkareng, Indonesia.

Makerspaces focused on industrial arts can be an alternative to the traditional apprentice model that serves as a bottleneck to budding artisans. In El Salvador, the U.S. Agency for International Development (USAID)-funded Puentes para el Empleo project implemented by DAI is funding makerspaces for the introduction of new skills into the workforce such as rapid prototyping for product development in plastics, mechanics, and electronics. Field Ready uses the Nepal Innovation Lab and Erbil Makerspace to promote local production of commodities and spare parts close to critical needs.

In other words, the hardships that have been plaguing the maker ecosystem in high-income countries may not have much relevance in the lower- and middle-income countries, which have overlapping needs and applications, but where the economics of both supply and demand are not really the same.

Despite these challenges, the maker community in North America is turning a new leaf. Maker Media’s assets were purchased by its founder, Dale Dougherty, and the new company he founded is putting out the first issue of the rebooted Make Magazine presently. NOMCON 2019 (the recent meeting of Nation of Makers, a U.S. group of makerspaces and their affiliates) was visited by mayors from towns around the country interested in promoting makerspaces as a vehicle for economic growth in their communities. Their motivation was based on statistics from Etsy, “a marketplace for unique and creative goods”—basically a platform for artisanal manufacturers of niche goods to sell their wares to national and international customers. As pointed out by Joel Gordon during his NOMCON presentation, if the average Etsy seller makes $500 a month on the platform, and a town of 300,000 averages 500 sellers, that’s $3 million a year in direct income for that community. Many towns across the United States—particularly in rural or economic deserts—would give substantial incentives to lure a company to town that would provide that kind of local income.

Those economics would be worth replicating in the markets in which we work.