Since 2016, DAI has provided support to the Kosmos Innovation Center (KIC), which got its start in Ghana and expanded its work Mauritania in 2018. Last week, KIC Mauritania’s 2018 cohort of young entrepreneurs pitched concepts to a panel of judges, competing for more than $85,000 in total seed funding. Unlike KIC Ghana, which focuses solely on support to agritech startups, KIC’s Mauritanian startups have built a wide range of solutions across various sectors, from waste recycling to healthcare. Here’s an overview of this year’s finalists, their business concepts, and the final winners of the competition.

Daadoo BTP: Recycles plastic by mixing it with cement to make salt-resistant paving and bricks for construction. It won $20,000 of seed funding from Kosmos Energy Mauritania.

Smart Trash: A waste management software, with the aim of collecting and locating waste and garbage around the capital city of Nouakchott. It also won $20,000 of seed funding from Kosmos Energy Mauritania.

Smart Remit: A secure online payment service that allows users to make money transfers in Mauritania and send money abroad. It considers itself to be a Mauritanian PayPal alternative. It received $15,000 in seed funding from Kosmos.

Yata Medical: A telemedicine platform that enables doctors, pharmacists, and specialists from the capital to work directly with counterparts in rural areas of Mauritania to conduct medical consultations. It received $5,000 from Kosmos.

Hadanat: A language education platform that enables children to improve their skills. The platform focuses specifically on Mauritanian children born or raised abroad, but who do not speak their mother tongue (Poular, Wolof, Soninké or Hassanya) fluently. It received $5,000 from Kosmos. 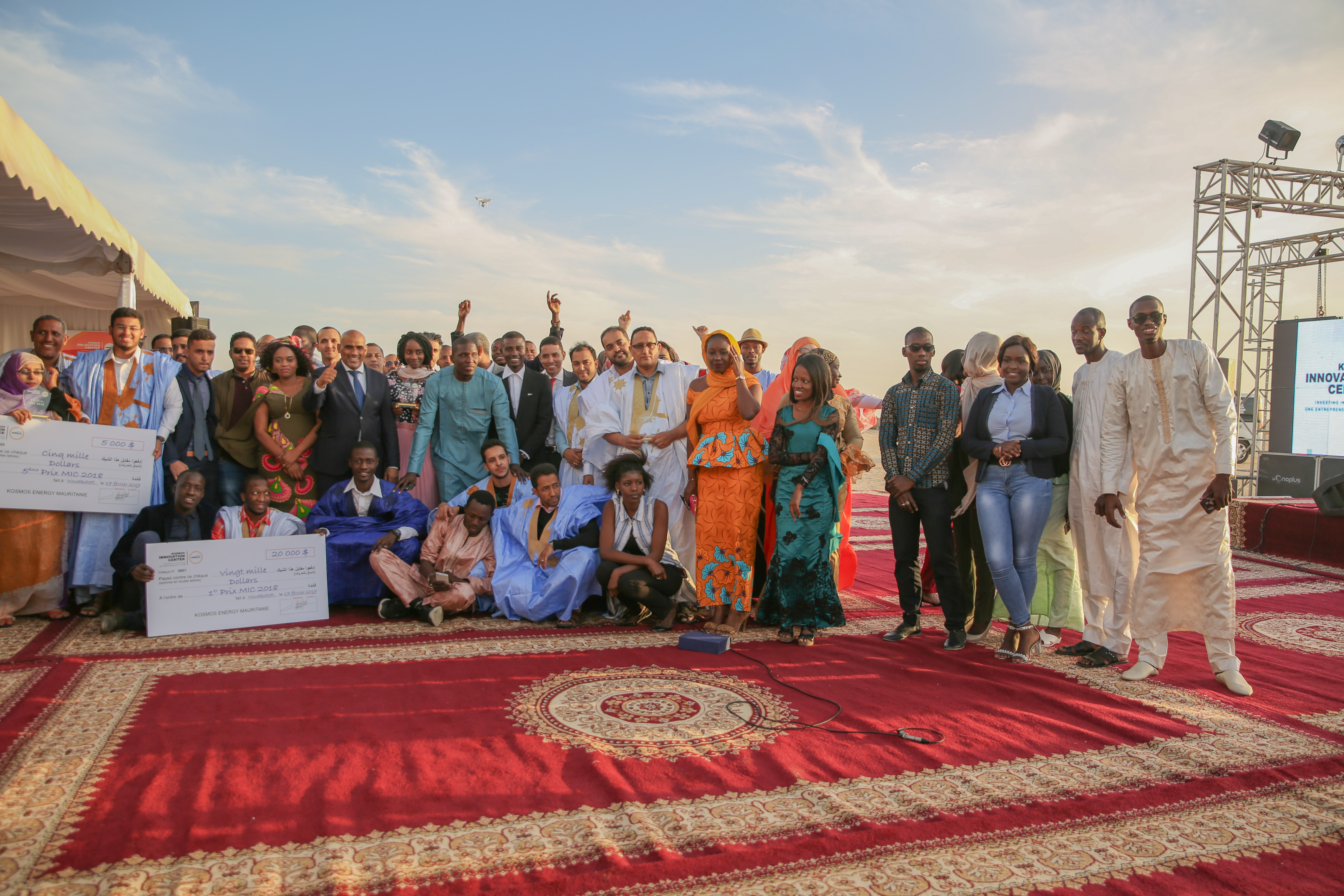 Winners of the KIC Mauritania at the award ceremony.

Co Skills: A platform for connecting companies seeking to recruit both full-time job-seekers and freelance consultants.

Amre Production: An agribusiness that combines production, transport, and delivery of agricultural products (fruit, vegetables, and eggs) from the producer to consumers at home.

Bioway: An agribusiness that produces organic fruit and vegetables, and preserves them in modern packaging, avoiding denaturing the food and maintaining their nutritional value.

SaveMe: A security mobile app that alerts neighbors, police, and authorities in case of assault, burglary, assault or other crimes.

The seven startups that received seed funding will receive continued technical assistance from KIC Mauritania as they grow their businesses. KIC is now working on launching its 2019 cohort! Stay tuned!