Our top post of 2016 was my interview with Avijit Michael, the director of Indian citizen advocacy organization Jhatkaa. In his interview, Avijit mentioned they had created a tool for citizens to report local issues via WhatsApp. Needless to say, we were intrigued. So, in the spirit of investigative journalism, we sent one of our staff members to India to find out more.

Nah, just kidding. We sent him an email.

Avijit’s hometown (and mine, as it happens), is the southern city of Bangalore, a place that once boasted lush gardens, urban greenery, and local wildlife. But as a result of the boom in the local tech industry around the turn of the century, Bangalore now heaves under a population explosion, air pollution, shrinking green coverage, and unprecedented infrastructure demands.

In May 2016, Jhatkaa launched its campaign to fight open-air burning of garbage, a major contributor to air pollution. They began with an online petition to pressure the local municipal body to do something about the burning. Jhatkaa then created a WhatsApp tool that allows citizens to photograph and geo-locate garbage fires they witness. Through the at-times-clunky process of scraping the resulting HTML data from WhatsApp web, as well as some hand-coding of location data, Avijit and his team built the #BangaloreisBurning map, a real-time record of outdoor any garbage fires across the city. 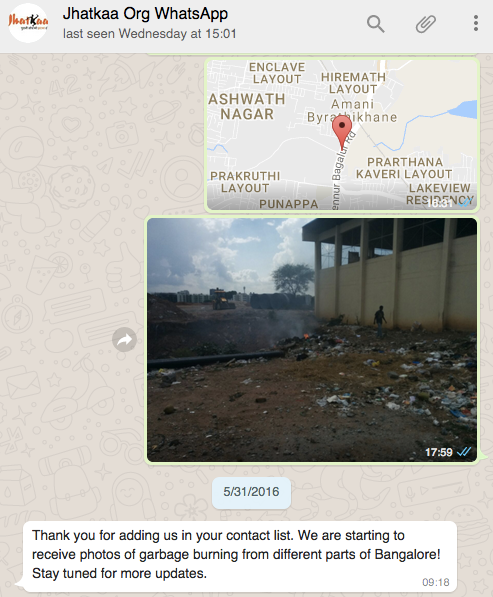 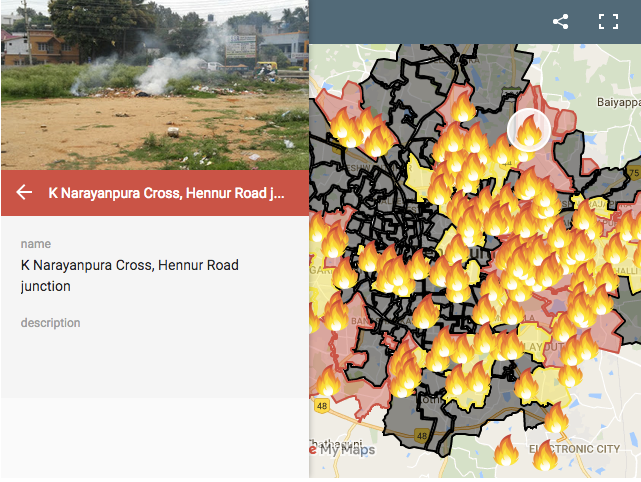 The fact that Jhatkaa uses WhatsApp to engage citizens makes a lot of sense, given the app’s staggering success in India. One study found that 96 percent of Indian smartphone owners use the app. On New Year’s Eve 2016, Indians sent a whopping 14 billion messages on WhatsApp. Bangalore’s police have even begun to use the app to tackle crime.

Jhatkaa’s teach-heavy strategy is paying off. Around 7,000 citizens signed the online petition to Sarfaraz Khan, the Joint Commissioner of the BBMP, asking him to take action. The effort also received a ton of media coverage. With thousands of citizen testimonies, overwhelming public support, and the media wind in their sails, Jhatkaa presented its case to the Joint Commissioner, who swiftly ordered new fines for those peopple found burning garbage outside. He also used WhatsApp data to crack down on the city’s garbage contractors, who were also in violation of the new rules.

Not content to stop there, Jhatkaa then created an easy-to-use tool for citizens to identify their local zonal commissioners and ward officers – just drop a pin on the map and it automatically returns the ward numbers, representatives’ names, and full contact details for local authorities (It turns out that I grew up in Ward No. 63. Who knew?). Jhatkaa then details ways that citizens can put direct pressure on their local authorities to get results and follow up on the Joint Commissioner’s directive. 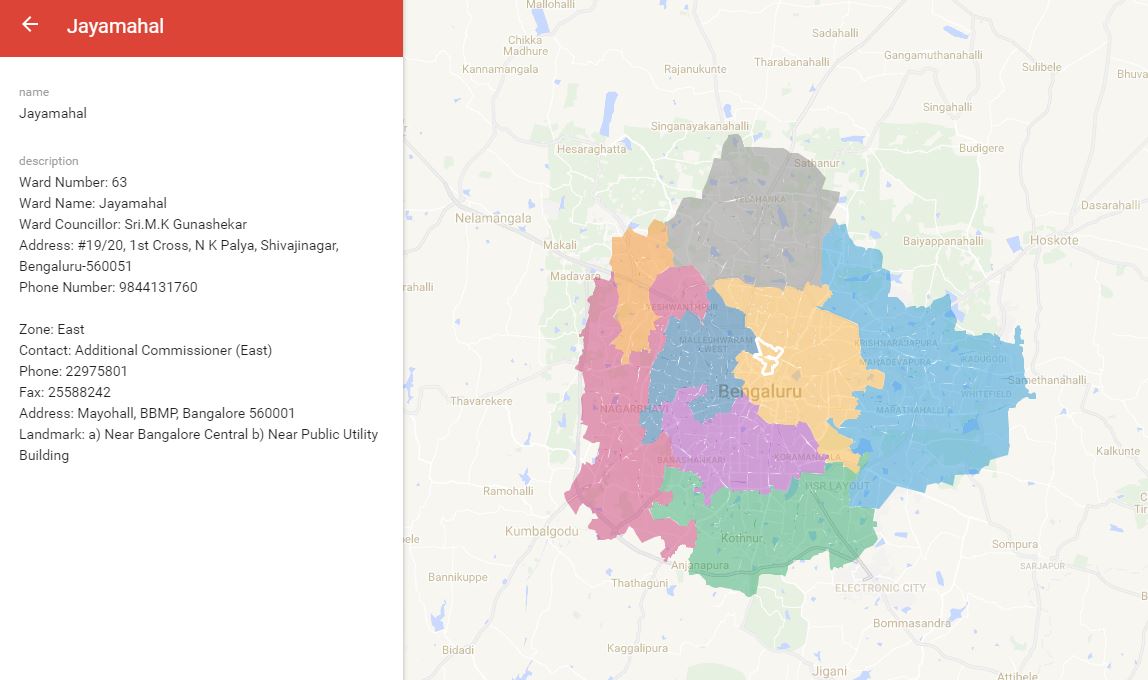 Needless to say, this is all extremely exciting to me, not just as a tech-for-governance enthusiast, but as a proud Bangalorean. The work of keeping Bangalore green is an ongoing battle fought by Jhatkaa and many other civic organizations, and it’s not likely to end any time soon. But they can certainly count the #BangaloreisBurning campaign among their early tech-enabled victories. May they have many more.