I was recently cleaning my house when I came across three old mobile phones: a feature phone, a BlackBerry, and an iPhone. I found myself wondering, “Why did I keep these?” Immediately, I thought, “the pictures,” but then quickly remembered that nowadays when everything can be saved to the cloud, that justification makes no sense. When I finished organizing, I found that I had left the three phones on my desk, as if they were patiently waiting for me to do something with them. It quickly dawned on me that I actually did not know what to do with them… not from a sentimental perspective, but rather from a lack of knowledge of how to securely dispose of technology. Shouldn’t many of the pieces and parts be reusable to build new devices or maintain old ones? Is there an equivalent to an electronics recycling bin?

A quick Google search confirmed I wasn’t the first to ask this question. I learned that the worst thing you can with an old mobile phone is to throw it out because if it ends up in a landfill, it can leak chemicals that could potentially pollute water sources nearby or damage soil health. This fact completely distracted me from my original question and led me down a rabbit hole of the potential environmental harms caused by technology waste. 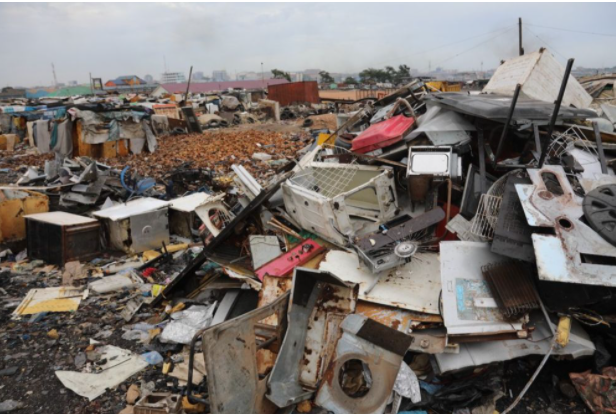 Between mobile phones, computers, laptops, televisions, and smart home devices there must be billions of electronic devices in use, let alone billions that are replaced annually around the world. Do most people know how to dispose of them? I couldn’t find a direct answer, but I’ve shared some of the facts I learned below:

The Global Impact of Technology Waste

Consequences of E-Waste in Asia 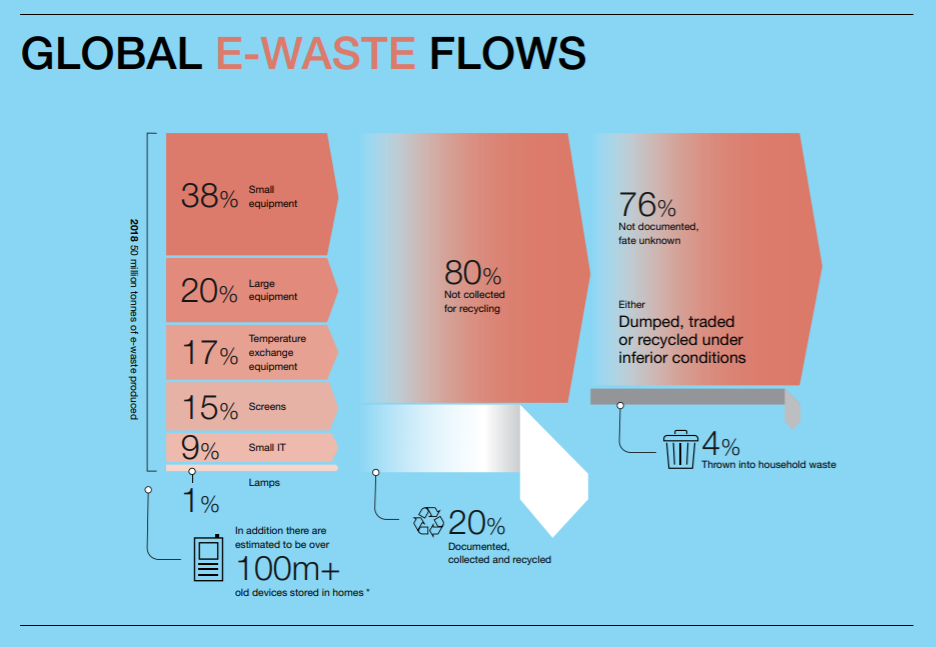 How is This Relevant to the Digital Development Community?

Although these facts only begin to scratch the surface of the challenges electronic waste poses to the world, this conversation is something we in the digital development community should be monitoring. As a community, we’ve increasingly begun to grapple with the challenges posed by digital harms, like mis/disinformation, in an effort to mitigate them given the immense potential equitable and inclusive access to digital tools and services can offer populations. Similarly, we must consider other types of harms created by digital adoption, such as the severe environmental consequences of electronic waste.