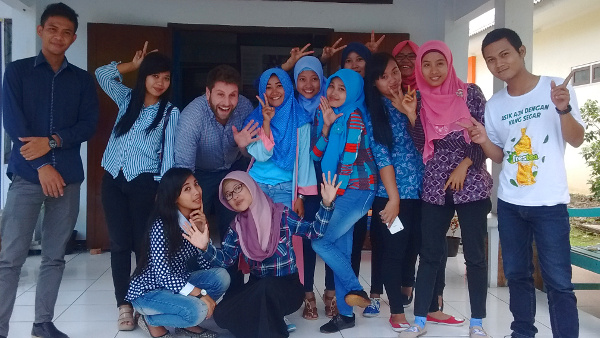 Last time, in Digital Insights Indonesia: Mobiles & Workforce Development, I described the Digital Insights research I recently conducted in Indonesia. To recap: we interviewed 107 Indonesian youth between the ages of 16 and 24, all from marginalized neighborhoods. Our goal was to understand how they receive and share information, what kind of mobile technologies they use, and which messaging and social media apps they prefer. For a full description and more context, please see that post.

This time, it’s straight to the insights.

Why BBM when WhatsApp dominates in so many other geographies? Back in 2011, before the Android democratized the smartphone market, BlackBerrys accounted for almost half (43 percent) of all mobile phones sold in Indonesia.

This quote from the Globe and Mail says it all:

“Three years ago, all we knew about selling phones was selling BlackBerrys—nine out of 10 phones we sold were BlackBerrys,” Mr. Chandra says. “Now, it’s one out of 10. I barely sell any.”

Five years later, BlackBerry phones are about as popular in Indonesia as cross country skiing—not very. The above-quoted article puts BlackBerry’s share of Indonesia’s smartphone market at 3 percent as of mid-2014, a 40 percent drop from the the heights of 2011. IDC, a global market research firm, doesn’t bother to include BlackBerry among the country’s top-selling brands.

The one remaining vestige of the BlackBerry’s former halcyon days of domination is BBM, and while the company’s all-or-nothing bet on the tiny keyboard didn’t pan out, its saving grace may have been the decision to port BBM over to Android. When people left their BlackBerrys behind, they took BBM with them to the new platform, and today the app counts some 55 million users in Indonesia, ahead of both WhatsApp and Facebook Messenger (each of which clock in at around 50 million users). BBM also has the most installs and the most active daily users, according to app marketing firm Jana.

Those are the numbers for all of Indonesia, but within our sample—young people from at-risk communities between the ages of 16 and 24—BBM absolutely steamrolls the competition. See the two graphs below. The first shows the apps which young people most commonly mentioned among their favorites, irrespective of type or usage. The percentages listed show the percent of our sample that pegged the app as a favorite. BBM was the favorite with 63 percent of respondents mentioning it, followed by Facebook at 47 percent, WhatsApp at 21 percent, and Instagram and UC Browser bringing up the rear.

The second graph shows the number of self-reported messages per day among users of that platform (as opposed to among the entire sample). BBM users sent 110 messages per day, 266 percent more than SMS users, who sent an average of 30 messages per day. WhatsApp and Facebook Messenger users reported sending seven and five messages a day on those platforms, respectively.

Anecdotally, older professionals and people in government whom I met tended to use WhatsApp or Line to communicate, while—based on my sample—it seems that young people use these apps much less.

Facebook is nearly omnipresent in Indonesia. The most recent publicly available numbers (from 2014) show almost 70 million Facebook users, 15 to 20 million more than are using the messaging apps. We found that trend replicated among our sample: 77 percent reported having Facebook on their mobile phones. Beyond that, our Facebook users reported spending an average of 97 minutes per day actively using the social platform.

We also asked them broad questions about how they receive and share information. Fifty-five percent said they get their news from TV, while 50 percent said they get their news from Facebook (the next most popular options were BBM and the Internet—mainly http://detik.com); meanwhile, when asked about how they find job information, Facebook was far and away the most common response with 48 percent of respondents, followed by friends (25 percent) and BBM (20 percent). See the graphic below for full details (use radio buttons to toggle between “jobs” and “news”).

3. More and more, youth are turning to their mobile phones for information about job opportunities.

We used a Likert scale (Strongly Agree, Agree, Neutral, Disagree, Strongly Disagree) to gauge Indonesian young people’s perceptions of the utility of their phones in the search for job and training opportunities. We asked to what degree they agreed with the following three statements:

The trend of the responses were remarkably consistent: between 78 and 90 percent strongly agreed or agreed with each of the three statements. See the graphic below for the breakdown.

Across our insights, one theme is consistent: Young Indonesians from marginalized communities are well-connected to information flows. They have mobile phones, they have smartphones, and they’re active on social media—particularly BBM and Facebook. They’re using social media to find jobs, and they’re interested in how their mobiles can help them access jobs and training. As DAI thinks about how to support this vulnerable population’s entry into the workforce, we’ll be taking all those facts into account.

The author would like to thank the great people of Plan Indonesia for their assistance in carrying out Digital Insights research.