Since I began working with DAI’s Center for Digital Acceleration, I have had the chance to explore many of the exciting opportunities presented by our quickly digitizing world. Though I spend most of my time researching how digital tools and service platforms impact economic empowerment and productivity in the agriculture sector, an area that I am eager to explore further is the role of data in policy and decision making.

As a particularly indecisive person myself (please don’t give me a menu with more than 15 options), the prospect of using data to inform how we develop solutions to the world’s most critical challenges is fascinating. Data-driven policymaking assumes that by consolidating relevant data and making it easier to access, analyze, and interpret, policymakers will have the information they need to preempt and effectively address the problems that their constituents face. While data-driven decision making can be relevant in any sector, it is particularly needed in the policy realm as governments, especially those in developing countries, have limited financial resources and as such, face added pressure to make investments that lead to positive impact.

As a novice to the world of data collection, management, and visualization, I have often wondered how some of our most useful data dashboards are made and what challenges developers face in ensuring they are as user-friendly as possible. I recently had a few of these questions answered when I tuned into an event hosted by the International Food Policy Research Institute (IFPRI) on a new data tool. 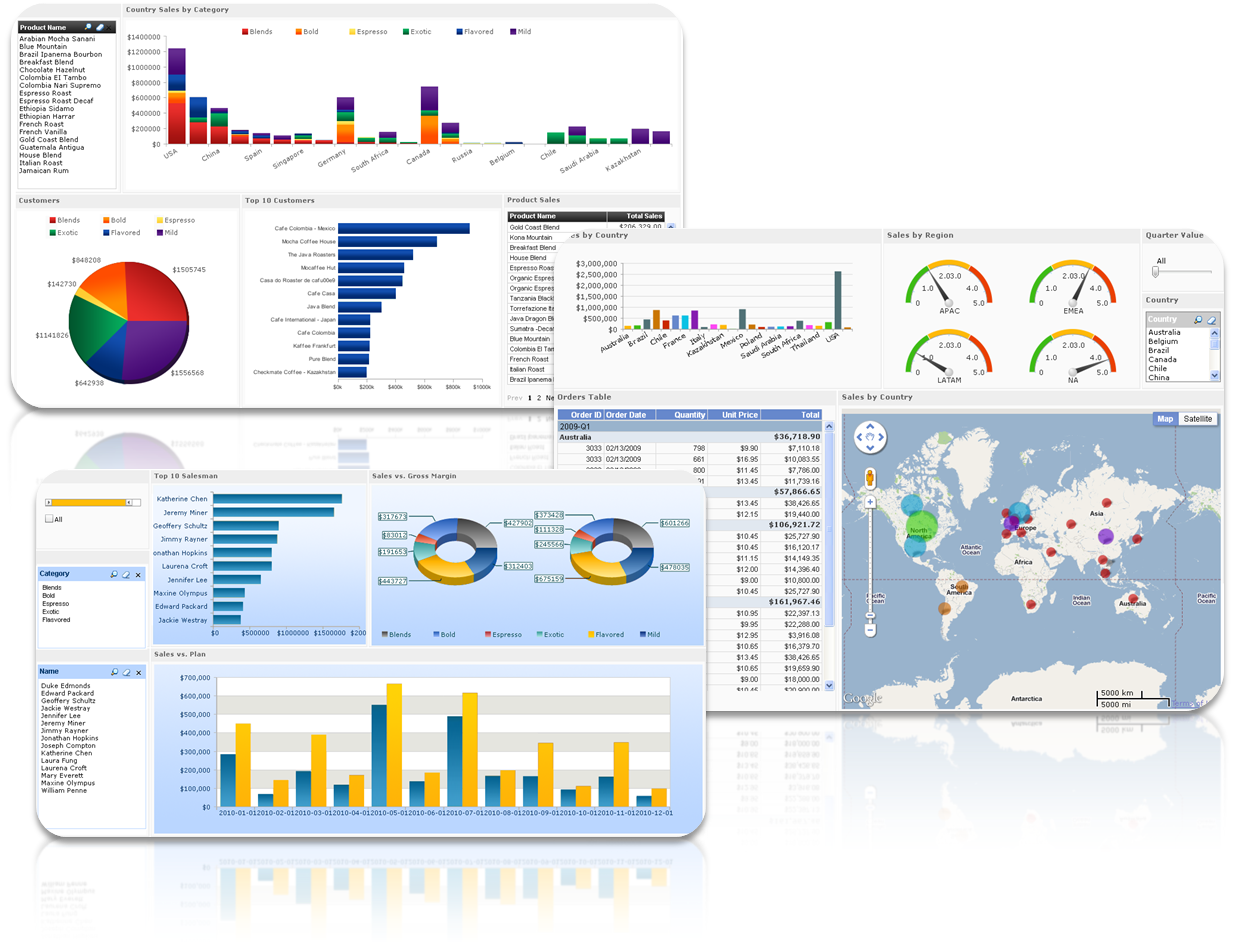 A sample dashboard from Wikimedia Commons.

Last month, the Global Alliance for Improved Nutrition (GAIN) and Johns Hopkins University (JHU), in collaboration with iTech Mission, presented a soon-to-be-launched FSD during a public event at IFPRI’s headquarters. The FSD is a data platform designed to:

During his opening remarks, GAIN Executive Director Lawrence Haddad revealed the dashboard was inspired by a growing frustration among GAIN’s country office managers and government stakeholders—the data they needed to implement evidence-driven policies were dispersed and often difficult to track down. As GAIN began the process of consolidating food systems data for its nine country offices, it quickly became clear that there was greater need for a global database, and as such, the FSD was born. The database is the result of a larger collaboration including Michigan State University, University of Michigan, and Euromonitor.

Haddad condenses the design function of the database into three Ds: Describe, Diagnose, and Decide. While the “decide” component of the tool is still under development, the project team mentioned that they anticipate this function to link policymakers to evidence that highlights the relevant policies, financial mechanisms, business models, and tech innovations needed to address the food system challenges, be they micronutrient malnutrition, obesity, or food waste.

Throughout the event, I was struck by the team’s transparency in sharing the many wins, tough decisions, and lessons learned they faced while trying to get this new tool off the ground. Below I have highlighted some of the major themes that stood out that also reflect some of the biggest obstacles associated with developing data tools for policymaking.

1. Delivery is Everything: As one participant insightfully noted, “Stories are data with souls, and it is stories that will change hearts and minds.” While it is critical to build our evidence base with well-sourced data, without the ability to effectively tell compelling stories, efforts to expand data-driven policymaking may fall short. The FSD seems to have taken this into account by ensuring that data can be visualized and shared in a variety of useful formats.

That said, during the event, attendees learned that in a study of the most useful data tools for nutrition research, country-level decision makers found the Global Nutrition Report’s country profiles, which are short .pdf documents (see an example here) to be the most helpful. I found this very surprising! What this demonstrates is that information delivery may very well be the most important aspect of data-driven policymaking. It is imperative that practitioners understand which formats and structures will be most easily understood and consumed by their target audiences. While researchers like me may be excited by colorful, interactive maps, and indices, an agricultural minister may not. To that end, GAIN will pilot the FSD with policymakers in Tanzania and Indonesia to elicit feedback from the government stakeholders they aim to support.

2. A dashboard is only as good as its data: One of the primary challenges that emerged was the difficulty the FSD team faced in identifying good quality data that covered enough high-, middle-, and low-income countries to be relevant in a global database. For example, while there may be interesting indices covering food consumption habits, if they only include 13 high-income countries, that data does very little to help contextualize the nutrition transition countries in sub-Saharan Africa are currently experiencing. Furthermore, other prevalent data such as food prices can be incredibly challenging to track down at the national and subnational level, but necessary for understanding production, consumption and trade dynamics. This led the FSD team to think carefully about which databases and indicators would be best to include. Unfortunately, the data collection gap between industrialized and developing economies could potentially limit the growth and use of tools like the FSD, leaving decision makers who already lack quality information without the benefit of helpful innovative data solutions.

3. Public-private partnerships can be expensive…but worth it: One of the most surprising aspects of the FSD event was the revelation that GAIN had entered an agreement to include some of Euromonitor’s data on the dashboard, making it open access 10 years. This means that the FSD will benefit from data such as the number supermarkets per 100,000 inhabitants, food environment data, vendor capacity, per capita sales of ultra processed foods, and more. Though they are some of the primary actors in any given food system, the private sector’s data, particularly that of large multinationals, is often confidential or locked behind a paywall too expensive for organizations developing public goods to afford. The FSD team’s success in engaging Euromonitor should encourage other researchers to think of innovative ways to pool resources and engage the private sector to share data on equally beneficial terms.

Though it is well-understood—or rather should be—that data provision is not a quick fix that overrides the many tradeoffs and complexities associated with policymaking, it is an important foundation to ensure that new laws and political initiatives are rooted in, and informed by, the lived realities of the people they are designed to support. Despite the challenges highlighted above, I am excited to see how data is being leveraged to help make better investments and policies moving forward. While it is far from a straightforward process, developing innovative tools such as the FSD is necessary to put our data to work. For what use is it to have all this information if we cannot use it to think, act, and govern better? I eagerly look forward to the official launch of the FSD and cannot wait to see what other kinds of innovations the development sector and its partners bring forward in the coming years.

Note: Full disclosure: I am a former employee of GAIN, but left before the FSD was conceptualized.