Somehow, we have made it to the halfway point of 2020. This year has been wild, to say the least—more than 500,000 people around the world have died due to COVID-19. The murders of George Floyd, Ahmaud Arbery, Breonna Taylor, Riah Milton, Dominique Fells, Oluwatoyin “Toyin” Salau, and quite literally countless other members of the Black community have led to a crisis of conscience and a (sorely needed, long overdue, how-is-this-only-happening-now) reckoning in the United States. In all honesty, I wrote this post about disinformation and dating apps over a month ago. We held it because the light tone wasn’t right for the historical moment we found—and continue to find—ourselves in. I still think it might be too early. However, as my wise friend and colleague Gratiana Fu points out, the topic of disinformation is especially relevant, right now, precisely because disinformation about COVID-19, Black Lives Matter, and many other topics is spreading so quickly. So, with no further ado—enjoy this silly little romp through the world of disinformation on dating apps. 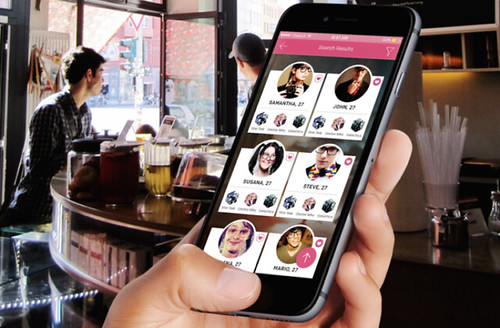 Here are some recent examples:

What is to be done? Honestly, the normal best practices for online dating also apply really well to disinformation: