In late September, I traveled to Haiti to conduct research on how Haitians engage with financial institutions and mobile technology to explore the feasibility of introducing mobile money as an avenue for the provision of financial services. Together with the team from the USAID/Haiti Finance Inclusive project, implemented by DAI, and with support from our sister USAID/Haiti project Finance Pour Tous and two key credit unions—Caisse Populaire Fraternite (CPF) and Socolavim—I visited nine locations through the northern and central provinces of the country to interview 181 credit union customers as they went about their business. 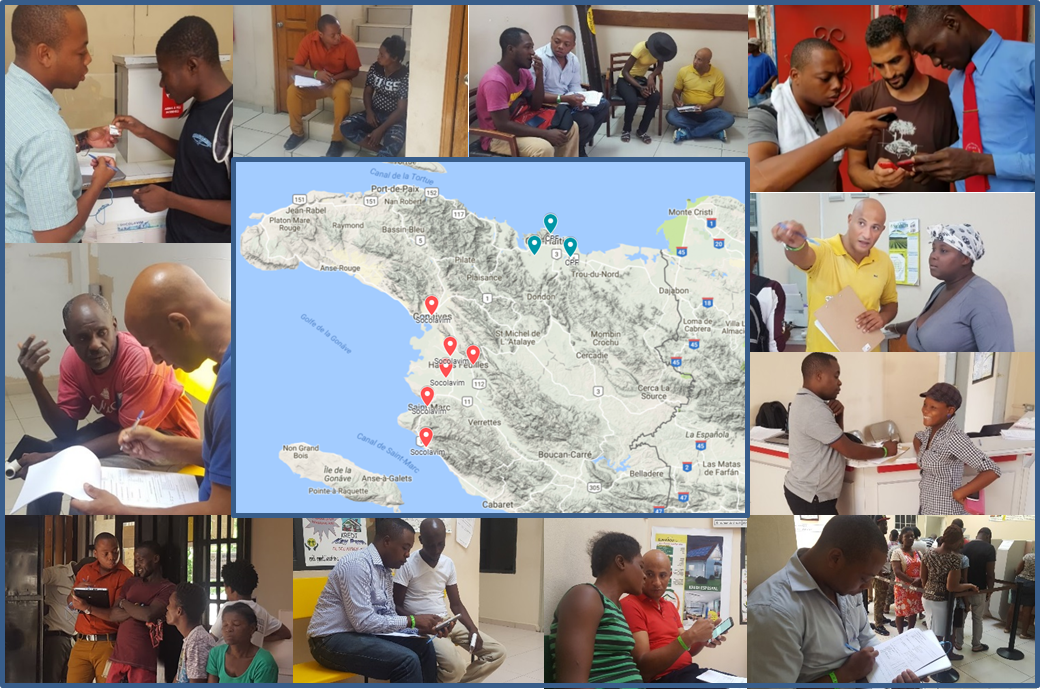 The process mirrored our Digital Insights work in other countries, but focused specifically on exploring how mobile technology might play a role in overcoming some of the constraints credit union customers face in accessing financial services. The goal was to determine whether mobile technology could be a viable instrument for financial service providers to better serve lower-tier markets. To that end, we targeted credit union customers across multiple locations in Haiti to find out how they interact with financial institutions and mobile technology, and what their attitudes toward potential mobile banking products might be.

Furthermore, the value of mobile money for executing remote transactions is undeniable, as we observed that among many of those who don’t have their own mobile money account, people simply used third parties as a workaround to transfer money using mobile wallets.

It turns out that among the 68 percent of credit union customers who do not have their own mobile money account, the main barriers are a lack of understanding of the products on the market, and a significant level of mistrust of mobile network operators.

Finally, and perhaps most significantly, across the spectrum of potential mobile money applications in people’s daily lives, Haitian credit union customers are very open to the possibility of using mobile money, with the vast majority of those interviewed expressing openness to using their mobile phones for a variety of financial transaction applications.

Overall, we realized that attitudes toward such platforms are generally very positive and people are explicitly open to and often very excited about the prospect of using mobile money for financial transactions to avoid some of the inefficiencies and security concerns of banking in person. These findings point to a conclusion that mobile money as a vehicle for credit union service offerings holds significant potential, but would likely only work with a digital literacy push among credit union customers to ensure that the platforms are used correctly and customers do not become disenchanted.