Let me introduce you to Latifa Yari, a 24-year-old student who will graduate from the Niger Higher School of Telecommunications (E.S.T.) this year with a degree in computer science. In 2018, Latifa won the Miss Geek Africa* competition with an app called Saro (“security” in Hausa) that connects emergency response services to citizens who have been in accidents. After that win, she founded the startup InnovElle, to develop digital social solutions and coach girls and women in digital technology. Latifa’s accomplishments are impressive and in the context of Niger, where there is a large digital gender divide, they are astounding. This is why during a recent trip to Niger I reached out to Latifa (thanks, LinkedIn!) to learn her story. 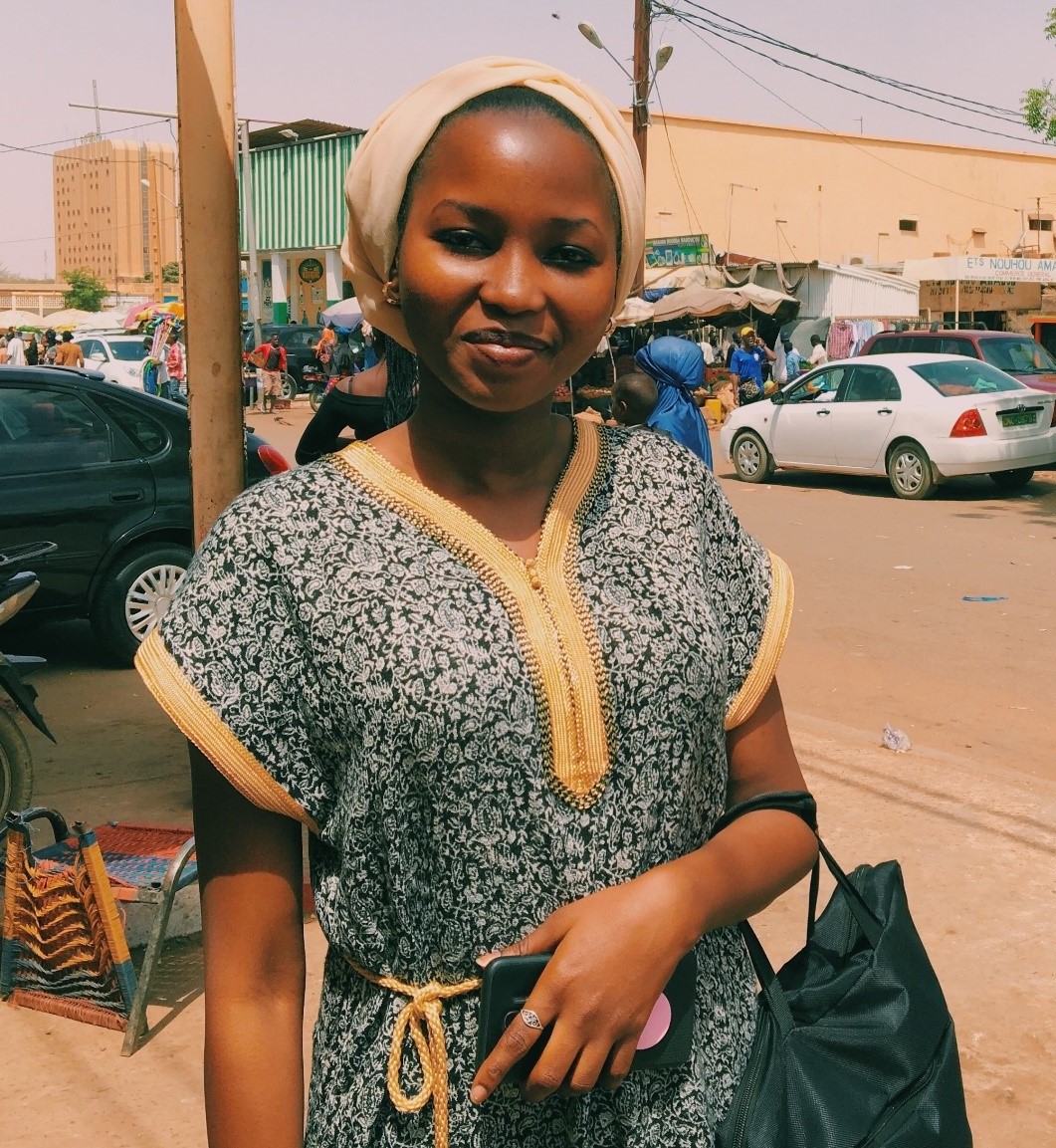 I first became aware of the term “gender digital divide” while working on the WomenConnect Challenge for the Digital Frontiers project, funded by the U.S. Agency for International Development (USAID). Globally, the statistics around the gender digital divide are disheartening. According to USAID, 1.7 billion women in low- and middle-income countries do not own mobile phones. In Niger, there is a 45 percent gender gap in mobile ownership. Physical access to technology is not the only barrier in the gender digital divide. Gender inequality and social norms around digital usage impact the divide in both Niger and the world. For example, more than three out of four girls in Niger will marry as children, a fact that leads to some of the lowest rates of female secondary school completion in the world. It’s no surprise then that adult female literacy in Niger has been estimated to be around 11 percent (compared with 27 percent male adult literacy). Looking at the big picture, Niger is ranked as the last country [189 of 189] on the Human Development Index which looks at three criteria to determine a countries ranking. These criteria are: life expectancy, education, and gross national income.

The point is, the obstacles to address the gender digital divide in Niger are multifaceted and complex, making Latifa’s story that much more impressive.

Latifa shared her story with me including her background, challenges, and vision for overcoming the many barriers for women’s access and use of technology in Niger. Growing up in Niamey, Niger’s capital, Latifa was always drawn to humanitarian causes, and considered studying medicine when she graduated high school. Her uncle encouraged her to consider computer science instead, which is how Latifa found herself as one of roughly 30 women out of 250 studying computer science at E.S.T.

One of the first things she noticed at E.S.T was the widespread opinion that technology is reserved for men. Even some of her female friends expressed reservations saying it’s “too complicated” to study computer science or go into the field as a career. According to Latifa, they aren’t exactly wrong. Her experience thus far in the computer science field has been difficult to navigate. Why? Because, as Latifa mentioned to me, “it’s hard to see a way forward when there are no [women] role models ahead of you.”

Latifa is changing that dynamic. Since being crowned Miss Geek Africa 2018, she has become a role model for other women in Niger who want to work in tech. For Latifa, winning the competition led her to found her startup, InnovElle, working with women and men of all ages in Niamey to coach them on all things tech—from basic programming to creating websites. When asked about the challenges for women in tech in Niger, Latifa acknowledges that there are many. Despite this, she is hopeful because of the incredible opportunity that technology provides for women and girls.

Listening to Latifa’s story, I felt hopeful for the future of Niger’s youth. I get energized when I hear stories like Latifa’s—women who are working to break down barriers that prevent girls and women from accessing and benefiting from technology. Sharing inspiring stories like Latifa’s is one way to amplify women’s efforts to close the #GenderDigitalDivide.

*The Miss Geek Africa is an annual competition hosted by Girls in ICT Rwanda with the goal of inspiring more girls to pursue science, technology, engineering and math (STEM) to use technology and meaningfully contribute to challenges across Africa.

Alana McGinty is the Grants and Contracts Associate on the Digital Frontiers Project and is interested in the intersection of gender and digital development.