From 2010 to 2014, the Central American coffee bean suffered from a disease that rocked the economies of the region. Exports declined by 55 percent. From 2012 to 2013 some 374,000 jobs were lost—17 percent of the labor force. Roya, or coffee rust threatened the livelihoods of nearly 2 million.

Coffee rust is a fungal disease that covers the leaves and prevents photosynthesis, slowly constricting plants’ ability to process sunlight, reducing bean yield and eventually starving the plant to death. The warmer, wetter conditions wrought by climate change creates a better ecosystem for the fungus to grow. Its impact on Central American economies is significant as coffee exports are the region’s largest source of foreign income and coffee supports a vast supply chain, in turn supporting dozens of adjacent industries. 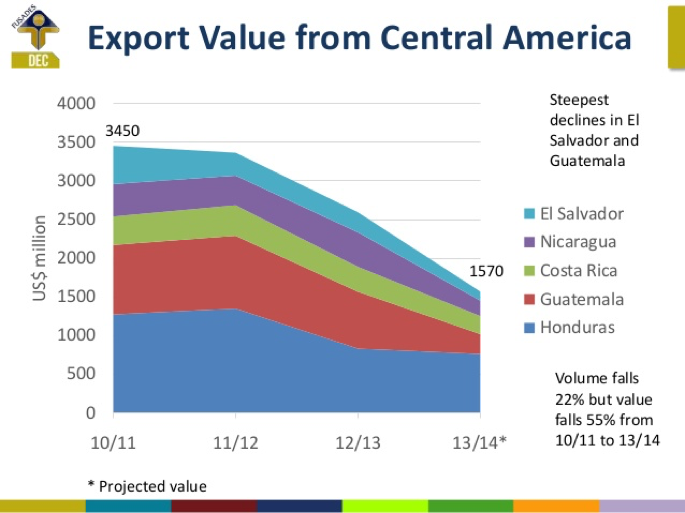 To tackle the coffee rust plague, DAI partnered with the Tropical Agricultural Research and Higher Education Center, a regional leader in agricultural research, and the U.S. Agency for International Development (USAID). The goal was to help people linked with the coffee value chain make better decisions about their farms and businesses by providing live climate data collected from the region.

At the regional level, there are different tools that provide solutions to improve coffee-growing conditions, but none of them was designed with farmers in mind. In Guatemala, DAI opted to create a new tool—Coffee Cloud—using a fully human-centered design (HCD) approach.

Coffee Cloud enables coffee growers to run offline crop tests in the field, based on methods approved by the regional agriculture ministries, and receive immediate recommendations on how to combat the rust based on the level of contagion and current weather conditions. The app tracks the levels of the disease in the crop and shows behavioral graphs. Using that data, the analysts send regional recommendations and specific interventions to avoid nationwide spread of the rust, which remains a constant threat.

The App is available in Google Play and Apple Store.

From the beginning of the design process, we focused on engaging regional coffee-promotion institutions such as PROMECAFE, national institutions such as ANACAFE in Guatemala, ICAFE in Costa Rica, and IHCAFE in Honduras, as well as cooperatives, associations, and producers. Given the variety of actors involved, the same recipe wouldn’t work for everyone. To fix the needs of this mix of actors, we worked hard to consider the regional implications of the process. We wanted to ensure we were meeting the needs of each individual partner institution and promote ownership over the process and product. We observed that Guatemala, Honduras, and Costa Rica might derive the greatest economic benefit from the project, so we prioritized these countries. 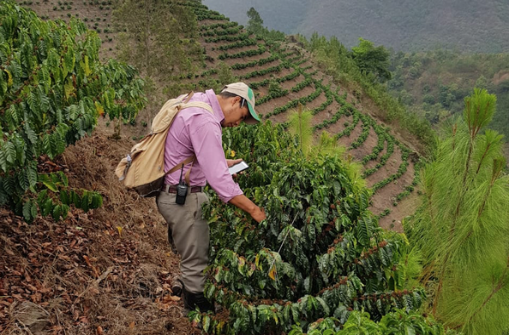 The app was built to be an intuitive and simple solution.

Applying HCD at the Institutional Level

The diversity of actors and their requirements made it difficult for us to quickly develop and implement a tool that could meet the requirements of everyone. So, we approached the challenge through the framework of design thinking, including inviting users to attend our interaction design workshops. These workshops resulted in the following insights:

The Result: Adoption Picking Up

As a result of close engagement throughout the design process, Coffee Cloud was adopted by the Guatemalan and Costa Rican National Coffee Institutes. It currently has more than 1,200 users in Guatemala and around 800 in Costa Rica. All of these users collect and share coffee data via mobile and also receive feedback through it.

ANACAFE in Guatemala added Coffee Cloud to its biannual sustainability strategy, providing more than $200,000 for its sustainability and improvement. The goal is to scale the project to more than 5,000 users over the next year.

In Costa Rica, the Coffee Institute took the project and adapted it to its needs. The institute decided to use Coffee Cloud as the user interface of its national information database.

Coffee Cloud has become a project that other countries can also adopt. Owing to the benefits attached to it, other development projects and local organizations are recommending such adoption throughout the region.