Coffee rust has menaced the global coffee industry for more than a century, but particularly in the era of climate change. Nevertheless, effective, coordinated action between coffee producing countries across Central America has remained elusive, and as a result the disease has spread—to devastating effect. In 2012 and 2013, coffee rust reduced the region’s coffee production by 15 percent, including a staggering 31 percent in Honduras. The figure below shows the losses each country suffered during that season. 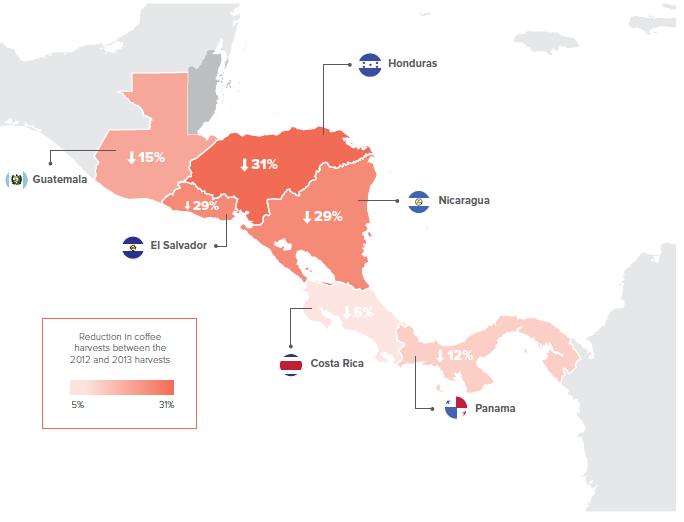 Data provided by the coffee institutes or agriculture ministries of the relevant countries (IHCAFE, ANACAFE, ICAFE, MAGFOR, and PROCAFÉ) for a project called “Controlling Coffee Rust in Mesoamerica,” implemented by CATIE, CIRAD, and PROMECAFÉ, and financed by the Government of Norway. Graphic: Jennifer Geib

According to the Inter-American Institute for Agricultural Cooperation, the decline in regional coffee production meant the loss of 265,000 jobs between 2012 and 2013, causing lasting damage to Central America’s already-fragile economies, particularly in rural areas.

To respond to the growing challenge, and to take advantage of the region’s rapidly expanding digital ecosystem, DAI—working through the U.S. Agency for International Development-funded Regional Climate Change Program—developed an application–Coffee Cloud–that would help farmers fight coffee rust and improve their crop yields.

Download the new white paper Coffee Cloud: Precision Ag at the Touch of a Button in English or Spanish 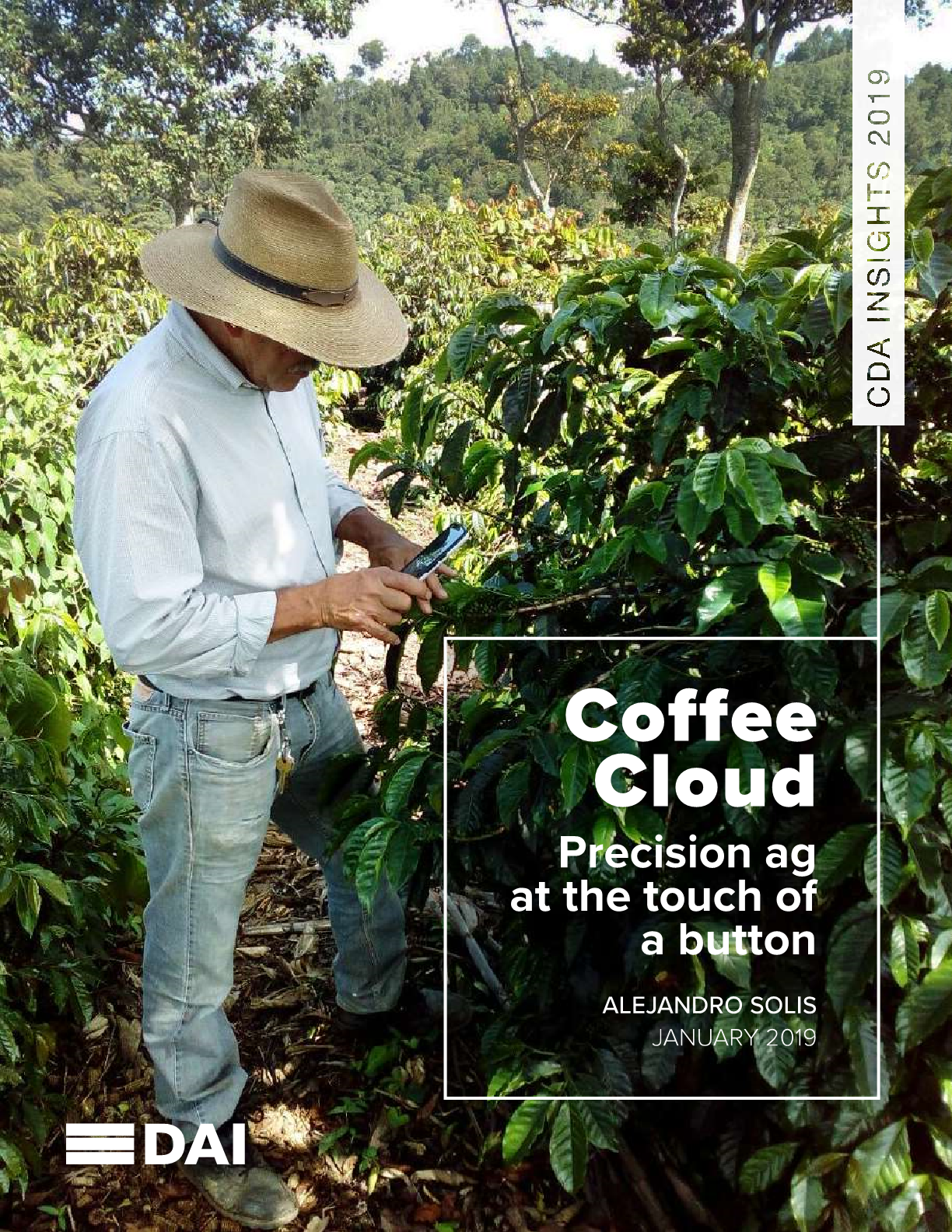 Coffee Cloud was built using a human-centered design approach, bringing together government institutions, research institutes, and coffee producers in a collaborative, creative fashion. The application produces information specific to each farmer’s crop to facilitate data-driven decision making about the management of those crops. This app:

Today, Coffee Cloud is being used by more than 5,000 farmers across Central America. This white paper shares the lessons we learned building and deploying the tool, with a focus on fundamental questions of design and implementation: