Any honest digital designer will admit it: Most tech tools fail. At least the first time around. Getting your users to drop the old way of doing things and use your new website (or gadget, or app) isn’t easy. It doesn’t matter if it visualizes their transactions in some really clever way, or sends their user data to the cloud for real-time analysis, or even if it saves them time or money. Behavior change is difficult, and doubly so when you’re designing across cultures. Why? A few reasons: 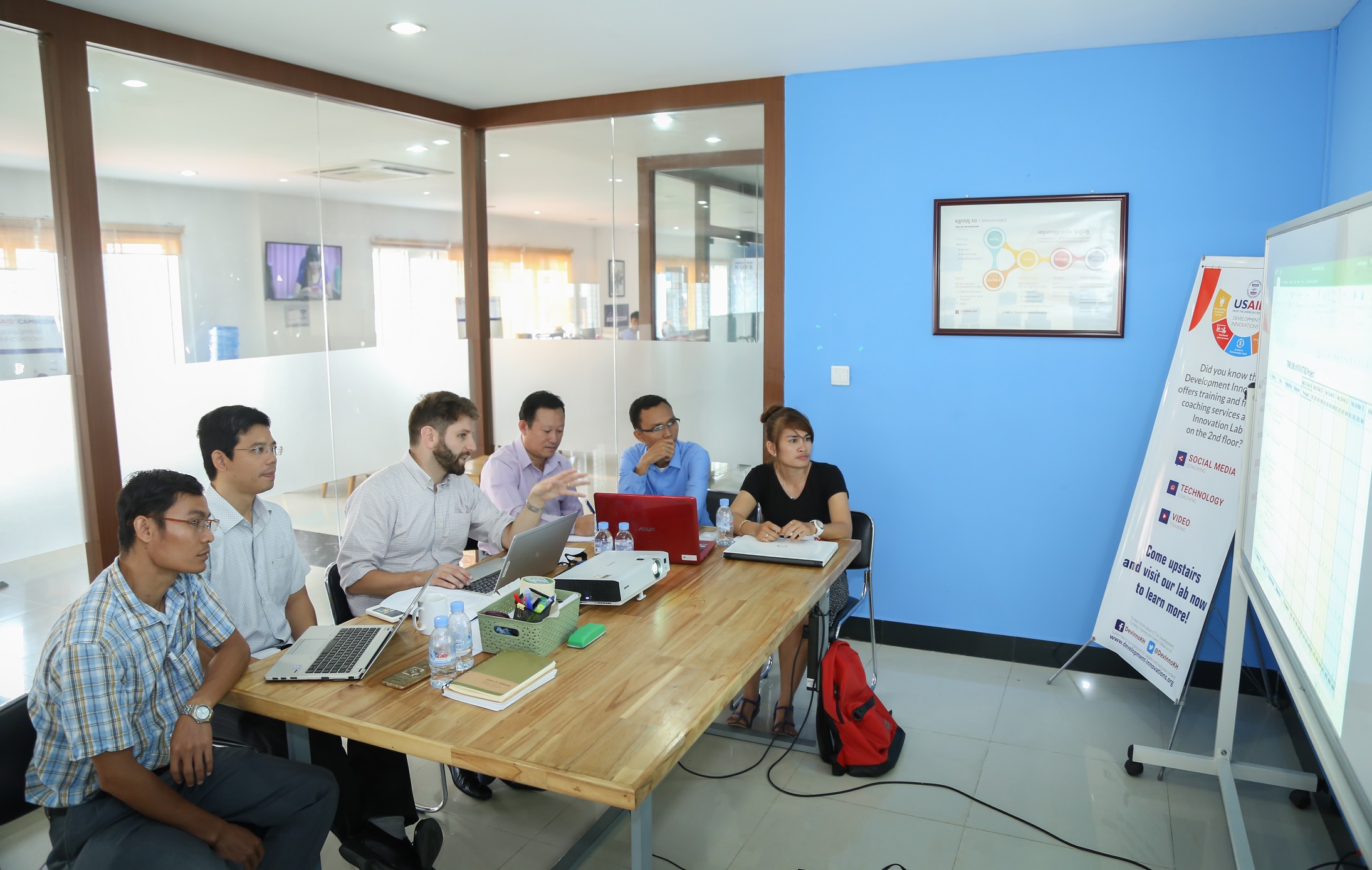 The key lesson is that it’s difficult to gauge how your intended users will react to your tool until you have a prototype (or live version) to put in front of them. This is what separates the great products from the good ones, and the good ones from the not-so-good ones. That’s why human-centered design, design thinking, and other user-centered design methods exist: to provide a roadmap for designers to test assumptions about their tool before launching it, to learn based on direct user experience, and to apply those learnings to new iterations of the tool.

With learning and iteration in mind, the USAID Development Innovations (DI) project in Cambodia is running a “Second Chance Fund”; a small grant competition for local civil society organizations whose tech ideas didn’t pan out on the first try, but who have worked closely with their users to understand why, learned what’s working and what’s not, and applied those learnings to a proposal for a new iteration of their concept.

Chief of Party Kate Heuisler says that DI decided to run the Second Chance Fund “to emphasize to our partners the importance of getting feedback from users, honest self-reflection, and learning. It doesn’t matter where you’re from, it can be difficult to be objective about your work, especially when future funding rides on telling a story of success. We wanted to flip that dynamic on its head so we put the incentive on learning and iteration.”

Beyond that, the fund was a significant departure from the typical USAID sub-grant process in other ways. Instead of a long grant solicitation, DI kept the document to six pages to lower the barriers to entry for potential participants. The solicitation asked applicants to submit a brief concept note describing the first iteration of their digital tool, how it had fallen short of expectations, what they had learned about why, how they had engaged users to get data in their learning process, and what they proposed for their second round of development. Selected participants then gave an in-person presentation to DI’s Grant Evaluation Committee, which selected the concepts that have the most potential for impact and displayed clear evidence of learning and user engagement in their processes.

“Since this was a new approach to our previous grants calls, we had to think carefully about how to design the announcement to attract the right audience and concepts,” says _Elisa Choi, who manages DI from DAI’s home office. “It was interesting to see how the live presentations impacted in the process. They gave us a much better idea of the people behind the written applications, to better assess if and how these concepts could realistically be implemented, and what had been learned in the process. Overall, we’re really excited about the concepts that are moving forward in the process, and we’re confident that they have major potential for impact.”

We’ll keep you updated on progress as the Second Chance Fund develops.

This post is a follow-up to [email protected]’s post on Member Insights Cambodia from earlier in June.